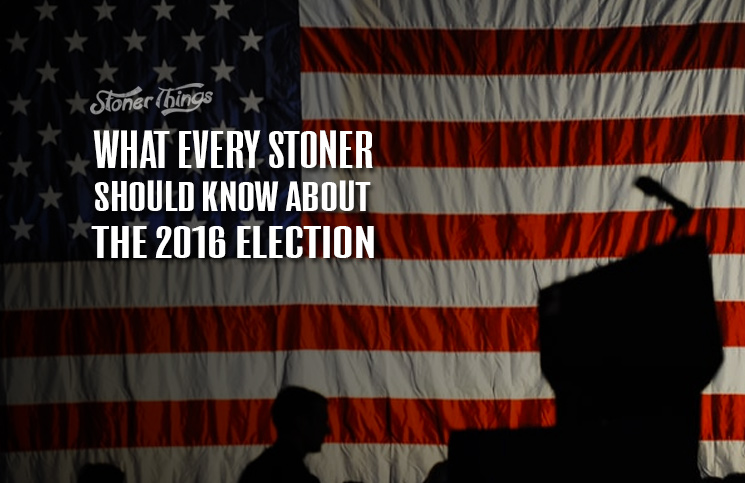 No one could blame you if you’ve spent the last year with your head jammed inside the chamber of your favorite bong. Every election season is exhausting, but 2016 will have a special place in the history of dispiriting politics.

Still, if you care about the pot you smoke, your legal right to use it, and the amount of money you spend on it, you should pay attention this year. There’s a lot on the line in November, even for potheads who really couldn’t care less about the electoral process. Here’s why.

Five States Will Vote on Legalization

Voters in five states will decide whether they want to legalize marijuana for recreational use. They include Arizona, California, Maine, Massachusetts, and Nevada.

The Golden State is the prize to beat all prizes. If legalization passes here – as is widely expected – another 39 million people would have access to recreational cannabis. The drug is already legal for medical use, and almost any adult can get it with minimal hassle, but full legalization would encourage a more regulated marijuana industry and generate huge tax revenue for state coffers.

Prop. 64, also known as the Adult Use of Marijuana Act, would make it legal for adults aged 21 or older to buy, possess, and use up to 1 ounce of cannabis and grow up to six plants on private property. Proponents have raised far more money than opponents, and public support for the idea is strong.

Arizona’s Prop. 205 would legalize possession of an ounce of pot and home grows of up to six plants. As in California, Arizona law would impose a special sales tax on the drug to fund school construction and other public projects.

The Arizona initiative was formally cleared for the November ballot earlier this year, but a group of opponents has sued to block the petition. They say the initiative failed to include full details about how legalization would work. Advocates reject that claim and say they followed the rules.

Known as Question 1, Maine’s legalization proposal would likewise allow adults to possess up to an ounce of marijuana and grow as many as six plants at home. Activists got their petition cleared for the ballot in April, but not before the state pulled a legal stunt in a failed attempt to stop them.

Elections officials announced in March that they had invalidated tens of thousands of signatures over the credentials of a single notary public. A court overturned the decision, and reformers succeeded in getting legalization in front of voters on Election Day. 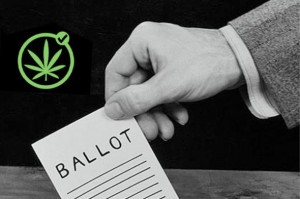 In Massachusetts, which borders Maine to the south, Question 4 would legalize possession of up to an ounce of marijuana in public and up to 10 ounces at home. Adults aged 21 or older could also grow up to six plants.

As in Maine, opponents used legal maneuvers to block the initiative, claiming it misled voters by failing to tell them the bill could allow edibles and hash oil. But a judge ruled for proponents of the initiative, guaranteeing a spot on the ballot.

If voters approve Question 2 in Nevada, adults could carry up to an ounce of cannabis and cultivate up to six plants on private land – but only if the property is located at least 25 miles from a retail pot shop. Nevada is one of the most sparsely populated states in the country.

The legalization question cleared the ballot here in 2014, long before activists reached that goal elsewhere. The proposal came about in part as a means to enforce more effective regulations on the state’s medical marijuana market, which has had a sometimes rocky road since it was created in 16 years ago.