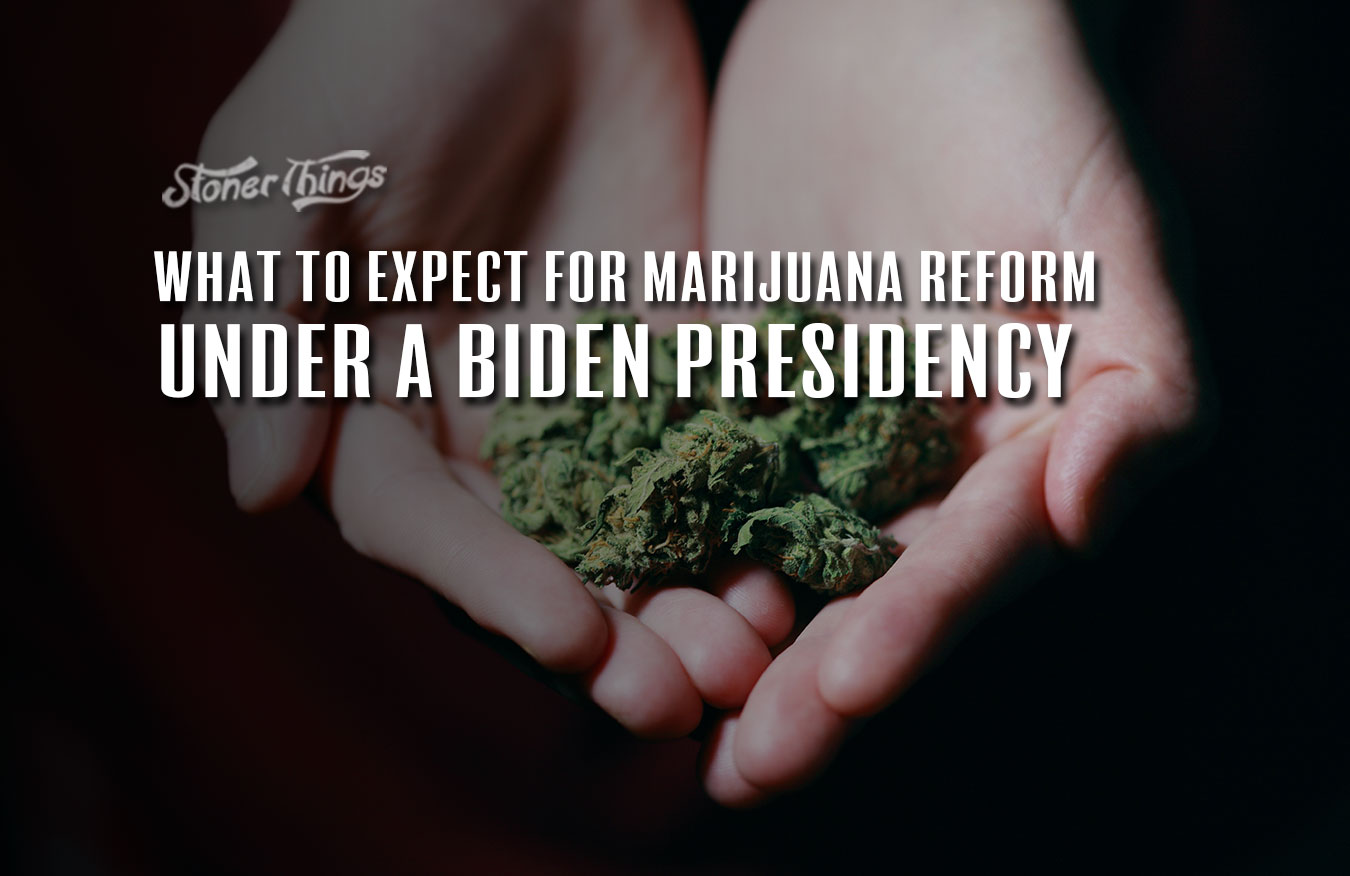 While President Trump continues to rail against his defeat in the 2020 US presidential election, President-elect Joe Biden and his transition team have been busy assembling his administration’s cabinet. And if he sticks to his campaign pledge, Biden’s administration will pursue federal cannabis reform.

The former vice president said he would decriminalize marijuana possession and expunge cannabis-related criminal records, among other modest reforms, if elected to the Oval Office. That’s quite the turnaround for someone who, as a senator, pushed hard for the punitive anti-drug legislation largely responsible for America’s system of mass incarceration. Still, for the majority of US voters and the supermajority of Democrat members who support the end of federal marijuana prohibition it’s not far enough. Given Biden’s track record on cannabis as well as some of his troubling comments concerning marijuana reform on the campaign trail, his talk of embracing reform has done little to convince marijuana reform advocates that this leopard has changed its spots. His recent turn toward drug courts instead of criminal courts would indeed suggest his views haven’t fundamentally changed.

His vice president-elect, Sen. Kamala Harris, is also a bit late to the game when it comes to legalizing weed. She co-sponsored a bill to decriminalize marijuana and funnel sales tax revenues toward social equity programs, but before she was a senator drafting such bills she was a prosecutor. On her watch, as California’s Attorney General, 1,560 people were convicted and sent to prison for marijuana-related offenses. In 2010, she campaigned against a ballot measure to legalize adult-use marijuana in California, then decided to remain silent on the issue when it passed in 2016.

So neither inspires much confidence among weed reform enthusiasts. And yet, it’s 2020 which means this unlikely pair now stand ready to lead America into an era of federal cannabis decriminalization.

But this largely depends on the outcome of Georgia’s special election in January for the two final seats in the Senate. The Democrats have claimed 48 seats, while the Republicans sit on 50. If there is a tie, the vice president has the deciding vote on who controls the Senate. The Republicans are favorites to win but it’s by no means set in stone. If they do, then it’s almost certain Mitch McConnell would do what he’s been doing the past five or so years. That is, refuse to consider any kind of marijuana reform bill that doesn’t directly benefit Kentucky hemp farmers.

If the unthinkable happens and Democrats won in Georgia and took control of the Senate, well, then the path would be clear for Biden and Harris to get busy decriminalizing. The only potential pitfall could be their own party members demanding more. As Sen. Ed Markey said a few months back, Biden’s personal position on cannabis won’t matter so much if Democrats are calling the shots in congress. If a bill to deschedule cannabis is passed in the US House of Representatives and in the Senate then it’s going to be very hard for Biden not to sign it. Then again, if any Democrat is capable of refusing to do so, it’s Biden.