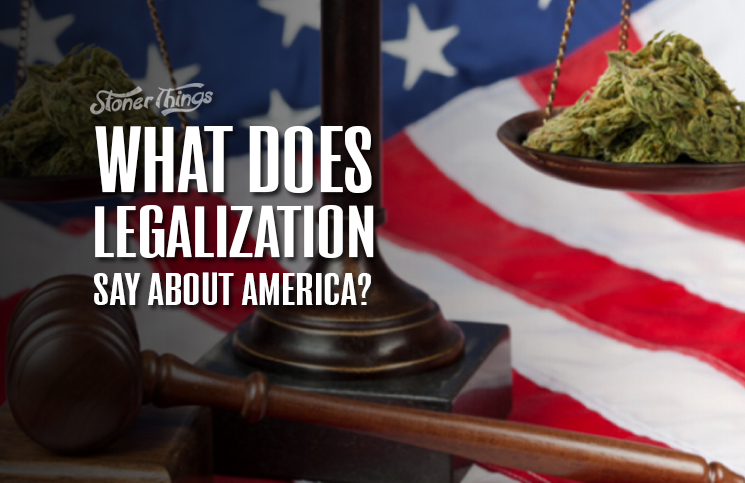 It wouldn’t come as a surprise to most Americans that marijuana reform has developed into a political avalanche, rapidly wiping away old laws, old approaches, and old assumptions. The growing success of legalization has been plain to see. 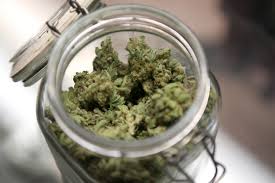 But what does that say about us as a country? Is it an isolated event, a brief moment of libertarian glory to be followed by a return to the middle? Or is it a symptom of larger shifts in American politics and law?

To answer those questions, it’s important to remember how we got here. Congress banned weed in 1937 in the midst of an anti-pot hysteria fueled mostly by racism. Then, for roughly 30 years, not much happened. Some high-profile people got busted, but public attitudes didn’t really change.

In the late 1960s, though, opinions about marijuana began to shift. It was a slow but steady climb over the next 30 years, when approval of the drug reached a critical marker in 1996. That was the year Californians adopted the first medical marijuana law in the world.

If anything opened the floodgates, this was it. By 2012, 14 other states had adopted medical weed, and that November, two of them legalized recreational weed: Colorado and Washington.

Another two joined the movement last year: Oregon and Alaska. Washington, D.C., voters also legalized recreational pot in 2014, though the future of that law is still somewhat uncertain.

Legalization vote will be on Nevada ballot paper in 2016

From there, the ball continues to roll. A public initiative to legalize weed in Nevada cleared lawmakers in March, meaning it will appear on the 2016 statewide ballot. Other states are likely to take the same vote. They could include California, Maine, Michigan, Ohio, and Massachusetts.

And some other states could legalize by way of lawmakers, including the legislatures of Rhode Island, New York, and Vermont. And medical marijuana is set to spread even further, possibly reaching North Carolina and Florida within a matter of months.

So is all this just a blip on the radar, or is it part of a larger political picture?

When President Barack Obama won office in 2012, many observers pointed to the election as a sign of an impending tidal shift in the American electorate. Within a few elections, they predicted, Millennial voters would dominate national politics and push a new, increasingly progressive agenda. 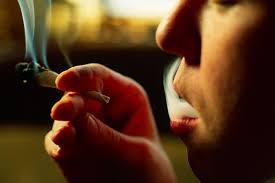 Marijuana law may be the prime early example. While support for legal cannabis increased between the late 60s and the late 90s, it shot up much more rapidly in the years that followed – the same years during which the first wave of Millennials came of age. Those young voters back legalization by a wider margin than any other age group.

Another example has occurred at the same time, as states moved to legalize gay marriage. These two massive political developments – legal weed and same-sex marriage – are a strong indicator that something larger is at play.

If it is, it could mean a new age for American civil liberties. If we’re legalizing pot now, what next? Psychedelics? Hard drugs? Prostitution?

For now we’ll have to wait and see. But don’t expect legal marijuana to be the last you’ll see of progress.