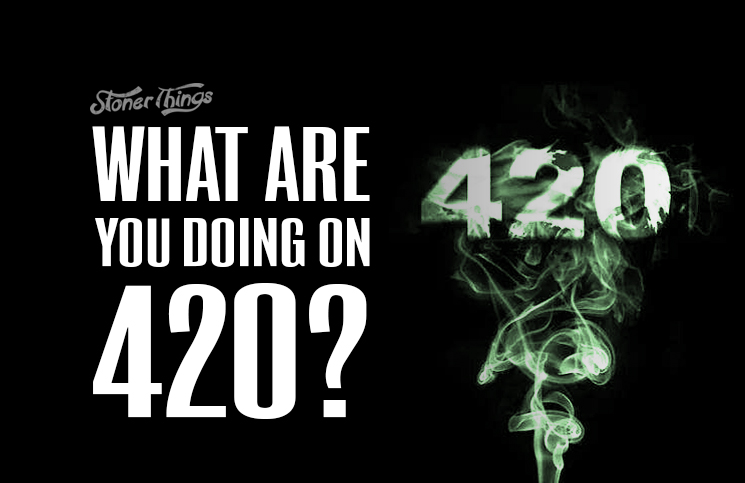 Stoners’ favorite holiday came and went last year with little more than a thud. That’s because April 20, 2014, landed on the same day as Easter, forcing potheads across the country to choose between weed and family. 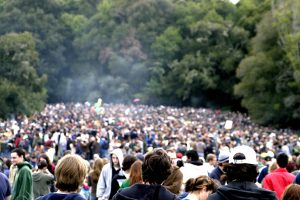 Whatever your choice, be glad: This year 4/20 will occur at its regularly scheduled time. Tokers of America, get ready to light up!

To make the day even better, here’s a short, completely non-exclusive list of major events across the country that day. Roll a fat boy, bake some hash cookies to share, and head for the nearest smoke cloud.

Not surprisingly, the biggest 420 bashes will take place in the Western United States. Denver holds the largest April 20 celebration in the world, a massive smoke-out at 4:20 p.m. in a city park. What’s more, the city will host the yearly High Times Cannabis Cup Colorado, which will run from April 18 to April 20. That means huge crowds already stoked for the big day.

Seattle, meanwhile, has 420Fest, an offshoot of the huge yearly HempFest expo held in August. It doesn’t live up to Colorado’s party, but it’s a good excuse to get out and light up anyway.

Colorado and Washington officially allow weed. But legal isn’t always a requisite for a good stoner hootenanny, as California demonstrates. Potheads in, near, or heading toward San Francisco can join a huge weed bash on Hippie Hill.

There are countless local gatherings in Chicago on the 20th. The biggest include Marijuanerama!, a stage comedy act, and a reggae show by Rebelution at The Congress Theater.

Outside Chicago it can be difficult to find public gatherings on 4/20. Activists in Minnesota will use the day to send a message, gathering at the state capitol in St. Paul to push for legalization. Loring Park in Minneapolis used to draw a crowd on the stoners’ holiday, but that party has fizzled of late.

Elsewhere in the Midwest, most gatherings are strictly local. Look for 420-friendly bars and clubs that book pro-pot acts for the holiday. Smoking in such places can sometimes be legally dicey, but cops generally look the other way on April 20.

Things will be surprisingly hopping in the hotspots of the Deep South on 4/20. Sweetwater Brewing Co., a weed-themed craft brewery, puts on Atlanta’s Sweetwater 420 Fest, though the day’s offerings are strictly legal. The celebration runs from April 17-19, so it doesn’t technically fall on 4/20, but it’s close.

The Austin Reggae Festival in Texas is also held from April 17-19, but more than a few people will be lighting up on the real holiday, too. Expect weed everywhere in the South’s weirdest little city. 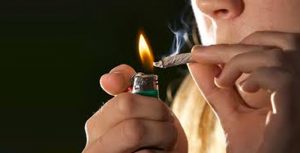 Boston has the MassCann/NORML Cannabis Gathering, while nearby Quincy celebrates Cannabis Appreciation Day 420. Massachusetts is fast becoming a new stoner haven, making it one of the best choices for celebrating 4/20 back East.

New York City, meanwhile, has countless local pot parties throughout the day, together with political protests at Washington Square Park and, naturally, Lebowski Fest NYC (we leave the details to your imagination).

DC 420 Fest will mark the first April 20 since voters legalized cannabis in Washington, D.C. Expect protests, parties, and pot. In fact, given the fact that possession is now completely legal in the capital, there will probably be a lot more parties and pot than protests.