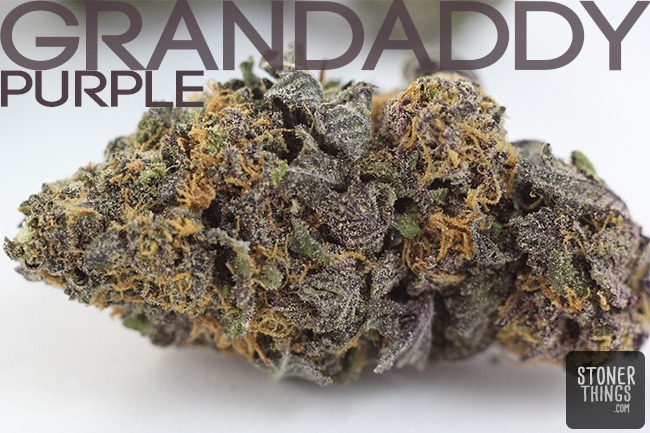 If by “purp”, she means “Grandaddy Purp”, then Miley Cyrus obviously knows how to control the effects of a pure, heavy hitting indica. It’s probably because she’s crazy. You won’t find us partying in the club after toking on some of this stuff.

A lot of people tend to avoid indica strains during the daytime like sane people avoid Black Fridays. Grandaddy Purple (or GDP) is one of the strains that falls into that category. It’s a particularly potent cross of Big Bud and Purple Urkle, of which are both indicas.

The buds of GDP bloom in deep shades of purple that serve as a great backdrop for its snow white crystals… and they are dense. As laborious as these buds are to break up, you might find yourself giving in and tossing some into your grinder, just to make the process a little easier.

Now, not to sound cliche, but Grandaddy Purple smells… well, purple. It’ll hit you with the aroma of pretty much every grape flavored candy ever made. And berry. Yum. It might just make you want to eat everything.

The high of GDP is that purely of indica. It may try to trick you with an initial uptick of energy, but that will soon follow with the famous “couch-lock”, bag of chips, and Netflix. In short, while your thoughts may float into a dreamy buzz, your body will find itself fixed in one spot for the duration of GDP’s effects. This strain is commonly used to treat severe pain, stress, insomnia, appetite loss, and muscle spasms. Just try to avoid this heavy hitter while you have shit to do.

Not only does this week’s Weed Wednesday bring you an amazing strain, it also brings you a chance to win some free shit. So, today’s a good day.

It’s inevitable that those of you that don’t have a Facebook are like, “Well that’s not fair at all.” Well, calm the fuck down. All you have to do is either get with the times or just scroll down to the bottom of this post and comment right here on the website. Yay! Fair game.

A lucky stoner will be chosen next week and will receive some dope storage items, thanks to the amazing people over at 420 Science.

Remember, you could be higher. 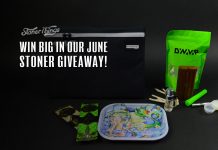