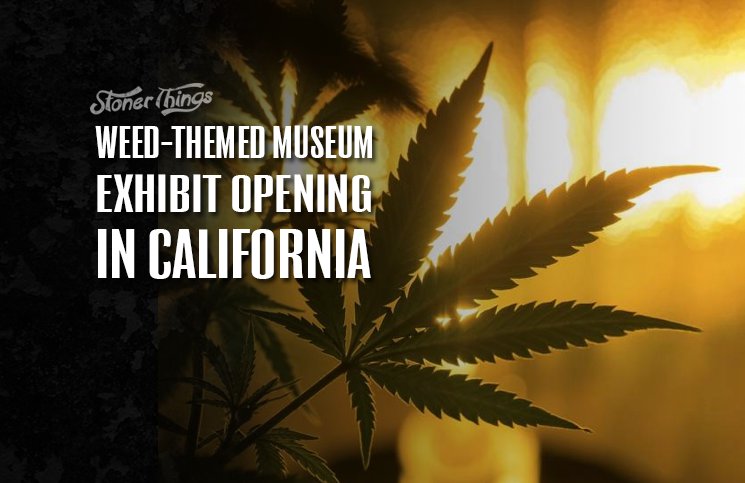 The Oakland Museum of California, an institution dedicated to California heritage, will present an exhibit next year titled Altered State: Marijuana in California. Altered State is scheduled to open in April.

There are other museums that have presented exhibits on cannabis, but this is the first in California – at least at a significant museum. The Oakland Museum of California plans to delve into weed, its use, and the public’s changing views of it.

Museum officials described Altered State as a chance to spark a conversation about pot and its connections to American and California culture. Items in the exhibit will focus on pot’s history, its uses, the science behind its medical applications, the social issues that surround it, and the politics that determine its acceptance in modern society – including the public’s attitudes toward it.

Visitors can interact with exhibit

Museum visitors will also be able to add their own cannabis-related stories to the interactive exhibit. This will create a tapestry of human insight into marijuana and its place in the world. It will also help explore the dynamics of stoner culture and the many reasons Californians use the drug, including medicine.

“California is on the verge of making important decisions around marijuana that will impact people living in this state,” said Kelly McKinley, director of the Oakland Museum of California Lab. “OMCA is a place where people can come together to learn, question, and add their voice to the different points of view around this topic at a very critical time in public decision making.”

California legalized medical marijuana use in ’96

Voters in the Golden State legalized cannabis for medical use in 1996, when they passed the Compassionate Use Act by referendum. Next year’s ballot will likely include at least one initiative seeking to legalize weed for recreational use. Public support for the idea is well over 50 percent, according to recent polls, though there is some risk competing initiatives could turn voters off of the idea yet again.

A proposal to legalize died at the ballot box in 2010. Four years later, renewed efforts at legalization fell apart because several competing groups couldn’t get behind a single initiative. Either way, California will remain the most important state in America’s marijuana industry. The Emerald Triangle, a famed group of three counties on the northern coast, produces a large percentage of the country’s pot supply. It fuels the state’s medical marijuana system but also supplies weed to black markets elsewhere.

With pot being such an important part of the state’s economy, museum officials said they want visitors to join a discussion about the ways people use weed, the way governments regulate it, and the way the criminal justice system punishes its users.

“The roles of museums in today’s world are shifting,” said museum Director Lori Fogarty. “At OMCA, we aim to inspire Californians to create a more vibrant future for themselves and their communities. As part of this, we are dedicated to being a place where people can come learn about complex topics and, more importantly, add their voices and stories to the dialogue. This exhibition is proof of that in action.”

The new exhibit will appear in the Oakland Museum of California’s Great Hall, starting April 16 and ending Sept. 25. The museum, one of the city’s most significant cultural institutions, provides exhibits on California’s natural science, art, and history. It often presents a wide range of first-person narratives to explore complicated issue.