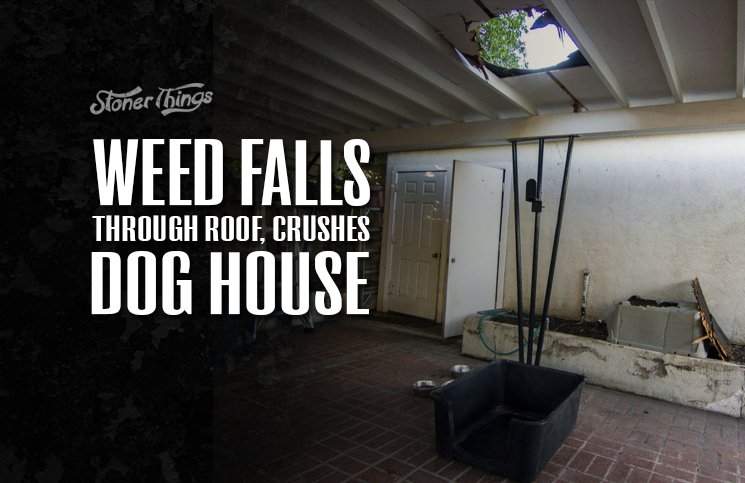 Some people would love nothing more than to see weed raining from the sky. For others, the experience can be a nightmare. 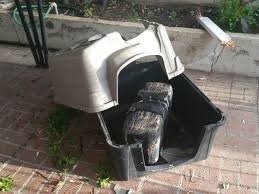 Bill and Maya Donnelly of Nogales, Ariz., woke suddenly on the night of Sept. 8, jolted by the sound of a loud crash. Thunder was common at that time of year, so they thought nothing of it and returned to sleep.

In the morning, however, the Donnellys got the surprise of a lifetime: A 23-pound bundle of marijuana had fallen from the sky, crashed through the roof of their carport, and crushed a dog kennel inside. The Donnellys were left with a giant, near-circular hole in the roof and a ruined dog house.

Thankfully, the dog wasn’t inside at the time, and no one else was hurt, either. Police speculate the package fell from an ultralight aircraft flying over the nearby border with Mexico. The Donnellys notified officers as soon as they discovered the weed.

“It’s all right on top of our dog’s house,” said Maya Donnelly. “It just made a perfectly round hold through our carport.”

Nogales Police spokesman Robert Fierros told reporters the crash likely resulted from a smuggling run gone wrong. Mexican traffickers frequently load ultralight aircraft with cages or baskets full of pot and then fly them over the border. The aircraft are small enough and fly low enough to evade attention.

The weed in question probably fell from its basket, Fierros said. Ultralights and unmanned drones have become an increasingly popular way to smuggle cannabis into the United States, even though the approach still accounts for a small proportion of all pot smuggling.

Authorities noted that most such runs drop their payload in remote rural areas. It’s unusual for cannabis to drop into the middle of a populated city such as Nogales, Fierros said.

“We’ve seen ultralight activity used to drop narcotics within town,” he said. “When we have been able to see or catch it, it’s more on the outskirts or further north toward the next town, not in a well-lit, residential area. This case in particular is unique for that reason.” 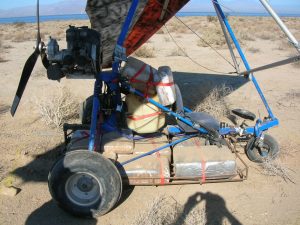 Police pegged the street value of the errant weed at roughly $10,000 and said it was probably just one of many bundles attached to the ultralight. Product lost by unsuccessful smugglers accounts for only a tiny fraction of the continent’s marijuana supply.

“Someone definitely made a mistake, and who knows what the outcome of that mistake might be for them,” said Nogales Police Chief Derek Arnson.

The FAA technically governs ultralights and drones, but there are few rules that apply to either type of craft. No registration or licensing is required, no flight plans are filed, and pilots need not be certified as airmen or first-aid providers. Ultralights are supposedly limited to daylight hours, but smugglers frequently fly them after dark.

The U.S. Customs and Border Protection office in Western Arizona described ultralights as “one of many methods used by smugglers to move drugs across the border,” but said their use remains relatively rare. Other methods of smuggling, especially trucks, account for a much larger portion of trafficked cannabis.

Ultralights (ULAs) “normally carry average loads of approximately 200 pounds of marijuana,” the agency said. “They have not been known to carry any other cargo other than illegal drugs. They typically make a very short single flight originating and terminating in Mexico, dropping the cargo at a prearranged site. The Border Patrol and Air and Marine Operations work together to locate and seize cargo smuggled by ULAs with frequent successes.”

Of course, those efforts proved little help to the Donnellys, who say they face $500 worth of repairs to their carport and dog shelter. But they say it could have been much worse.

“Thank God it didn’t land on our house,” Bill Donnelly told a local newspaper. “Or over one of the kids’ rooms.”