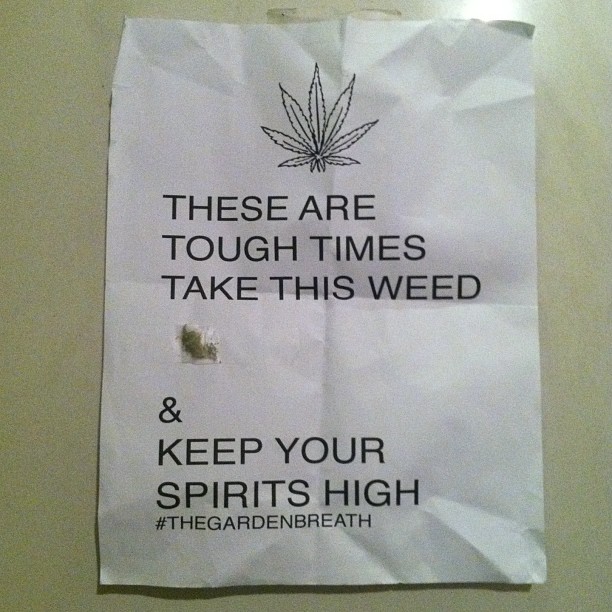 If you’re a resident of Brooklyn then you should be in high spirits; someone has made it their mission to leave nugs of Kushage around town. There’s a “Weed Fairy” in town and her sole mission? To give people people some green. 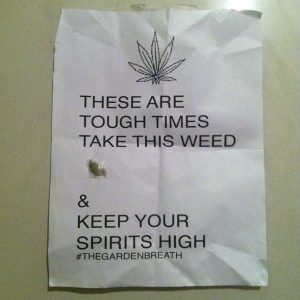 “I’ll be in Brooklyn tonight. Be on the lookout for some green. Have a good Friday, everyone.”

Her Twitter handle is @TheGardenBreath but she prefers the moniker “Weed Fairy.” If you were to be in Brooklyn this weekend you’d find posters around saying, “These are tough times. Take this weed and keep your spirits high.” with a nug taped to it.

She also appears willing to answer questions on Twitter; the strain she’s been leaving around town is Kushage and if you Tweet her an address in Brooklyn she’ll be there to leave behind some magic.

People are already Tweeting her thanks so it appears she really is lifting spirits. For now the Weed Fairy claims she has no agenda and everything is safe to smoke, she just wants people to feel better. We’ll see how long this continues, but in the mean time we could all spread some love and some green.