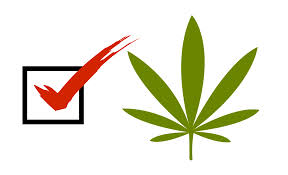 Earlier this year, The New York Times ran a groundbreaking editorial series supporting the legalization of marijuana. Now another national newspaper has chimed in on the subject – though it’s taken the opposite position.

The Washington Post wrote in September that voters in the District of Columbia should vote against an effort to legalize pot in the city. “D.C. voters should reject the rush to legalize marijuana” was the headline.

Editors at the Post wrote that they don’t oppose reform, and noted the paper backed a successful campaign to remove criminal penalties for small amounts of weed. That measure didn’t legalize the sale or cultivation of cannabis.

But the tone of the editorial was decidedly anti-marijuana. The drug is dangerous, editors said, and we don’t know enough about it.

The last part of that argument may be partly true, but we’ve known for a very long time that marijuana is among the safest recreational substances, if not the safest. Unlike cocaine, heroin, and even caffeine, weed has never killed anybody.

“Marijuana, as proponents of legalization argue, may or may not be less harmful than alcohol and tobacco, both legal, but it is not harmless,” the paper wrote. “Questions exist, so it would be prudent for the District not to make a change that could well prove to be misguided until more is known. Foremost here are the experiences and lessons learned by states that have opted for legalization.”

The District Council voted to decriminalize marijuana earlier this year, and the policy went into effect in July.

Some federal lawmakers have threatened to intervene and recriminalize pot. House Republicans voted to block the new policy, but it’s unlikely either the Senate or the White House would let that happen.

In November voters will choose whether to go one step further and legalize a regulated weed industry in the District. The proposal has widespread support and is likely to pass.

It’s also a direct challenge to federal law, which bans all cannabis. The District already has medical marijuana, and the feds haven’t tried to stop it. But full legalization could prove more problematic.

The District is a home rule city, meaning it controls its own local policies. But Congress can always intervene because D.C. is a federal district, not a state. It has no voting member of Congress and no electoral votes in presidential elections.

That means Congress can prevent many policies approved by city leaders or voters. Opposition is strong among congressional Republicans, but even if they retake the Senate, they probably won’t be able to stop decriminalization. Legalization could be a different matter. 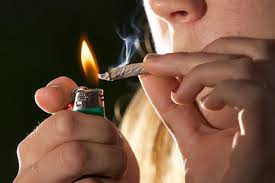 If voters legalize weed, adults over 21 would be able to buy, possess, and use up to two ounces of weed. They could grow up to six plants at home. The measure wouldn’t protect sellers, but supporters expect the council will deal with that issue.

The Post’s editorial falls for many of the dumbest myths surrounding marijuana: that it’s supposedly dangerous, that it’s a gateway drug (a proven falsehood), and that it negatively warps the minds of young people. The Post’s editors want to have it both ways: On the one hand, they say more research is needed. On the other, they’re happy to declare that cannabis is hazardous, based on little to no evidence.