Washington State’s second-most populous county is trying to ban legal weed despite voters’ intent to allow it, but county officials may soon find themselves in a court battle over the matter.

Marijuana supporters say they plan to sue Pierce County officials to force the county to allow legal weed shops. Voters in Washington, like those in Colorado, legalized cannabis in the 2012 election.

The Pierce County Council earlier this year enacted an ordinance banning the shops. On Dec. 10, the council voted to override County Executive Pat McCarthy’s veto of the policy.

Jay Berneburg, a Tacoma lawyer, predicted the ordinance will be defeated in court because counties can’t override state law.

“They want a battle,” Berneburg said. “They’re going to get one. They’re not going to win.”

Berneburg is probably right. Prosecuting Attorney Mark Lindquist said the county will turn to federal law, which bans all marijuana, if sued. But though state courts interpret federal law as it applies to state cases, it’s unlikely they would allow a party to ignore state statutes in favor of federal – especially since the feds have said they won’t try to overturn state marijuana laws.

The outcome may depend in part on the ruling of state Attorney General Bob Ferguson, who will soon determine whether municipalities in Washington can ban cannabis businesses.

“This is new territory, and we are aware there may well be legal challenges to the ordinance,” Lindquist said.

The ordinance effectively bans pot shops from unincorporated areas in Pierce County, even those that obtain state licenses. The prohibition would stand until Congress legalizes marijuana. Even then, shops would be allowed only in limited areas.

The likelihood of weed becoming legal at the federal level anytime soon is literally zero, and county officials are clearly banking on this. They’ve essentially taken the position that they should enforce federal rather than state law.

They may be swimming upstream. Even the federal government to which they’re turning for support won’t be of much help, at least politically. 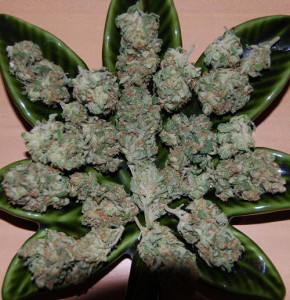 In August, the Department of Justice announced it would no longer try to stop legal weed, whether recreational or medical. In return, states that legalize are expected to enforce certain federal priorities, such as keeping guns away from the marijuana trade.

Washington plans to begin issuing pot-shop licenses in March, with the first stores set to open in the spring. Berneburg said Pierce County could find itself in court in any of a number of ways.

The last approach is the most likely, said Keith Henson, director of the Pierce County chapter of NORML.

“People have to fight for what is rightfully theirs, which is the opportunity to operate a business under the law,” Henson said. “It’s very disappointing.”