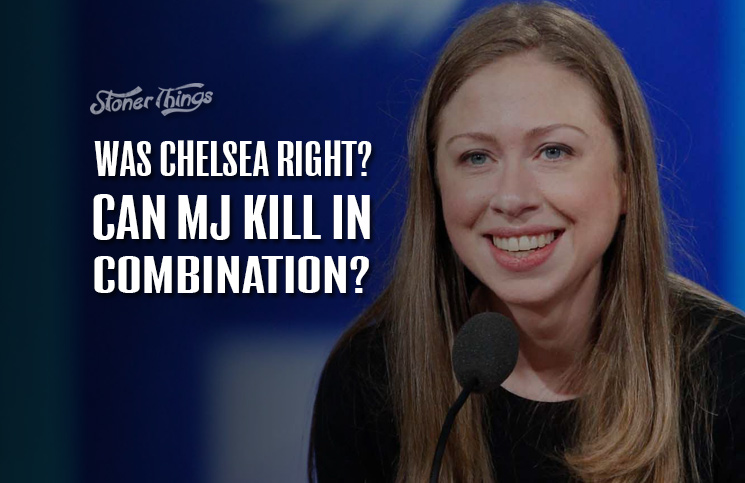 Former first daughter Chelsea Clinton got herself into a fair amount of trouble in September when she suggested marijuana can kill in combination with other drugs. 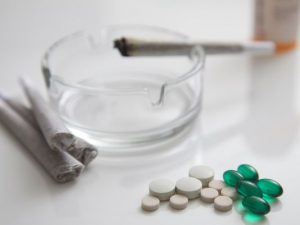 Reformers pounced on the comments, pointing out that there has never been a credible recorded instance of a fatal cannabis overdose. The belief that the drug can kill, even though it can’t, has fueled decades of failed drug policy.

But was there any truth to what Clinton said? Is it even possible for marijuana to mix with another drug, legal, prescription, or otherwise, and lead to death?

The short answer is no. Not only is there no recorded instance of pot fatality, there is no science to back up the claim of lethal drug interactions. No drug has ever proven to kill simply because it is mixed with weed.

Marijuana is never the cause of death

That doesn’t mean such combinations don’t matter. Blending cannabis with other drugs can go south, it’s just that the marijuana itself won’t kill you.

Clinton made the claim during a speech Sept. 24 at a college in Youngstown, Ohio. She said that while her mother, former Secretary of State Hillary Clinton, supports medical marijuana and would push for it in office, the drug isn’t always safe when taken in combination with other substances. Hillary Clinton is widely considered the front-runner in next month’s presidential election.

“But we also have anecdotal evidence now from Colorado, where some of the people who were taking marijuana for [medical] purposes, [and] the coroner believes, after they died, there was drug interactions with other things they were taking,” Chelsea Clinton said during the student forum.

Her spokeswoman later clarified that she “misspoke” and knows cannabis isn’t lethal. But that still left confusion about where the former first daughter got her information. More importantly, it raises questions about how marijuana and other drugs really do interact. What does the science say?

As a starting point, only a handful of modern physicians have even tried to link fatalities to marijuana overdose, and those conclusions were widely rejected by other experts. Even the DEA acknowledges no one has ever died from a pot overdose.

What’s more, evidence that cannabis interacts poorly with other chemicals is limited at best. A 2007 study published in the American Journal of Health-System Pharmacy found that while marijuana can have negative interactions with certain drugs, the effects are rarely severe.

Mixing weed with alcohol, sedatives, muscle relaxants, or other central nervous system depressants can slow breathing, reduce heart rate, and cause loss of consciousness, a potentially dangerous combination, the study found. But death under these circumstances is caused by the other drugs, not marijuana.

The study also found that blending pot with certain older antidepressants can increase heart rate and cause delirium. And so-called vasodilators such as Viagra “may cause increased effects or potentially serious adverse reactions” when taken with cannabis, according to the Mayo Clinic. But again, the risk comes from the Viagra.

But the reality is that cannabis remains the safest recreational drug available – and that’s pretty much true no matter how you take it.

Leave a comment below: Have you ever had a negative interaction from mixing marijuana with alcohol or other drugs?