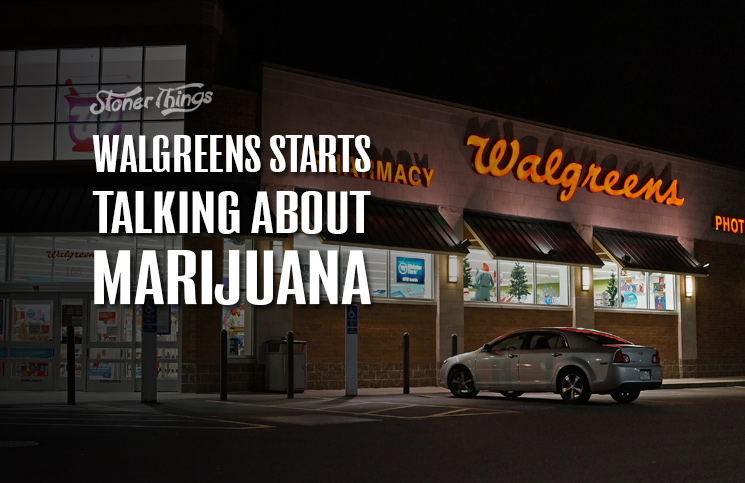 Is Walgreens into weed? 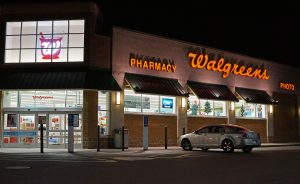 It appears that might be the case. The massive pharmacy chain, with stores across the United States and a growing presence in the healthcare industry, posted a discussion of medical marijuana and its potential benefits on its health and wellness blog.

The post, published on Tumblr in early May and titled “Clarifying Clinical Cannabis,” was written by a resident pharmacist who discussed the side effects, medical properties, and legality of marijuana.

“Research has indicated it may impair your lungs, memory and judgment,” the pharmacist wrote. “However, research has also shown marijuana provides pain relief in ways traditional pain medicines don’t. Medical marijuana can improve appetite and relieve nausea in those who have cancer and it may help relieve symptoms such as muscle stiffness in people who have multiple sclerosis.”

Don’t pull out your bong to celebrate just yet. It’s unlikely the company has any plans to start selling the drug from behind the pharmacy counter anytime soon – let alone in bottles stocked next to the Tylenol and Benadryl. But with cannabis sales topping $5 billion in 2015, that day may not be so far off.

“The content is strictly informative, and nowhere do we take any stance on the issue,” said Jim Cohn, a spokesman for Walgreen Co. “It was developed to address some of the questions we’ve received from patients and customers through various channels.”

The discussion comes at an opportune time. A recent poll by CBS News shows 56 percent of Americans want to legalize marijuana, whether for medical or recreational use, while roughly half have used it.

It’s a tougher call for big corporations. With warnings that “Big Weed” (as in “Big Tobacco”) is just around the corner, these companies are hesitant to acknowledge the full medical benefits of the drug. But any discussion is better than no discussion, and the involvement of a corporation like Walgreens is only good news for patients.

In any case, the move isn’t terribly risky for the company, pot advocates say.

“In the corporate world, one assumes the biggest risk for an institution like Walgreens is a backlash from the consuming public,” said Paul Armentano, deputy director of NORML. “But fear of the backlash from American consumers hasn’t been a realistic concern for a long time. More than half of the public now resides in jurisdictions where the physician-supervised use of cannabis therapy for qualifying patients is legal, and over 85 percent of voters acknowledge that cannabis is a safe and effective treatment that ought to be permitted.”

Walgreens has a history of caution when it comes to hot-button issues. Plans to relocate its headquarters to Switzerland were scuttled in 2014 amid public anger over the plan’s tax-dodging implications.

Cannabis is legal for any use in four states: Colorado, Washington, Oregon, and Alaska, plus the District of Columbia. Another two dozen states allow the drug strictly as medicine. But that isn’t nearly enough to allow Walgreens to enter the marijuana industry, especially since the drug is still banned under federal law.