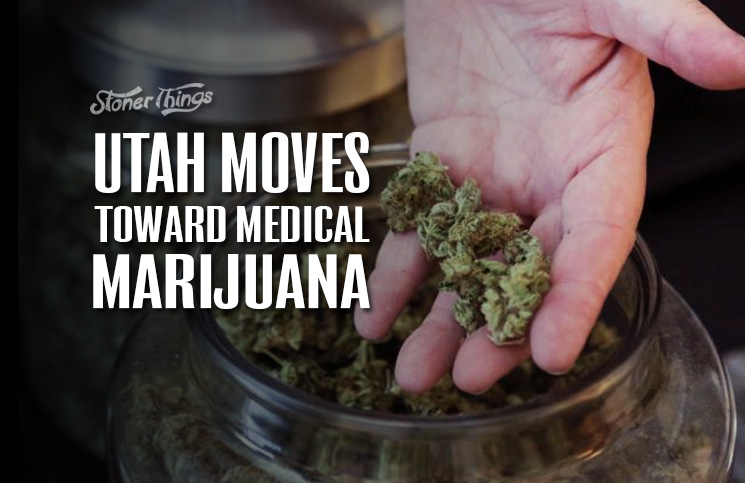 One of the nation’s most conservative states could soon legalize whole plant medical marijuana.

Lawmakers in the Utah State Senate cast a preliminary vote in February in favor of a proposal that would allow vaporized, edible, or topical cannabis for limited medical uses. The state already permits a non-intoxicating form of the drug for epilepsy.

If the bill passes the Senate again and clears the Utah House, it would mark a new direction for medical marijuana in America. So far, states in deep red parts of the country have legalized only CBD oil, the non-intoxicating product that reduces seizures.

The Utah legislation would allow not only CBD but also “whole plant” cannabis. This includes any part of the plant, with or without THC, the chemical that gets marijuana users high.

The Senate voted 15-13 Feb. 22 to give initial approval to the legislation. Senators will have to vote on it again, but this vote suggests its chances are much better than in the past.

Utah is a deeply Republican state, home to the Mormon Church and traditionally opposed to any kind of drug reform. But times are changing there, rapidly, just as they are everywhere in the United States.

The news is not all good for patients. If medical marijuana takes effect in Utah, it will cover only a very short list of conditions, and patients will be barred from smoking the drug. Red tape will likely be plentiful, too.

The bill was introduced by GOP Sen. Mark Madsen, who said it will help patients with chronic disorders that don’t respond to other medications. The same day he filed the measure, the Mormon Church announced it would no longer oppose it.

The church, the largest in the state, originally complained the proposal wasn’t stringent enough. But Madsen made changes to the bill that apparently satisfied church leaders. They didn’t go so far as to endorse the idea, but they softened their opposition.

As in other states, Madsen boasted his plan would be more restrictive than any other in the country. At least two other states also prohibit toking, and several tightly limit the number of qualifying disease.

Utah’s list will cover only cancer, HIV/AIDS, and similar conditions. More widespread medical problems, such as chronic pain and post-traumatic stress disorder (PTSD), were left off the list.

Despite its right-wing reputation, Utah has a strong desert libertarian streak. The Mormons, also known as the Church of Jesus Christ of Latter Day Saints, are deeply conservative as a group, and they include many local and state lawmakers. But the church is somewhat less conservative than many states in the Deep South – where whole plant medical marijuana is also a novel concept.