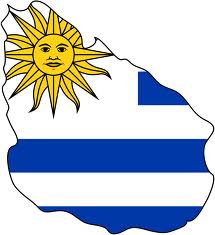 When Colorado and Washington voters went to the polls in November, they made their states the first political jurisdictions in the world to legalize and regulate recreational marijuana, according to the Drug Policy Alliance. They now have major company.

The Uruguayan House of Representatives passed legislation in late July to make pot fully legal. If the bill becomes law, Uruguay would become the first nation in the world to legalize and regulate pot for recreational use. The national Senate is considered likely to pass it, and the Uruguayan president supports it.

There are many other jurisdictions that tolerate pot, including areas in the United States where it is decriminalized. There are other places where medical marijuana is legal. And there are a few places, such as Amsterdam, Jamaica and portions of Switzerland, where possession is technically illegal but widely allowed without punishment.

But until November, no major political system in modern times had declared weed a fully legal substance available to all adults. Now that voters in Colorado and Washington have ended prohibition, an entire nation is on the path to joining them. The bill passed by four votes in the House, 50 to 46, and could become law as soon as August.

The legalization bill was proposed by President Jose Mujica and backed by a long public-service campaign across the country. Mujica’s Broad Front coalition holds a comfortable majority in the Uruguayan Senate but leads by only one seat in the House. And one of his members there had defected over the bill.

Supporters of legalization include a broad coalition known as Regulación Responsable (“Responsible Regulation”). Members include LGBT groups, student advocates, trade unions, doctors, lawyers, academics and actors, among many others.

“This is a truly diverse movement comprised of people who believe that marijuana reform will benefit all of Uruguayan society,” said Hannah Hetzer, policy manager of the Americas for the Drug Policy Alliance.

Mujica and supporters see legalization as a means to stamp out much of Uruguay’s illegal drug trade. A growing number of governments, especially in Latin America, are beginning to consider legalization or further decriminalization as a way to combat the black market.

Jose Miguel Inzulza, secretary-general of the Organization of American States, gave his blessing to Mujica’s proposal, telling the president none of the group’s member states have objected – including the United States.

If the proposal becomes law, the country would begin licensing everyone involved in the marijuana business, including buyers, sellers and growers. The government would keep confidential records of purchases to ensure no one buys more than 40 grams in a month. Criminal penalties would apply to growing, selling or possessing weed without a license.

Self-grow cooperatives with no more than 45 members would be allowed, and mass-produced pot would be sold in pharmacies. A new agency would oversee the entire marijuana industry, including recreational, medicinal and industrial uses of the plant.

Simple possession is already legal in Uruguay, but sale and cultivation remain illegal. Supporters argue the bill would simply close that loophole and make the law consistent. It would also knock down another domino on the path to ending worldwide prohibition.