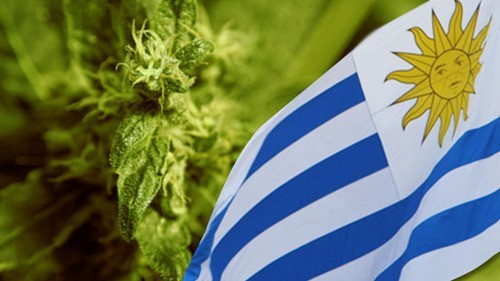 Pot smokers in Uruguay won’t be able to buy more than 10 grams a week on the legal market, government officials said in April. That’s plenty for most tokers, but not enough for many heavy recreational and medical consumers.

The announcement came as officials in the small South American country struggle to write rules for their experiment with legal weed. Last year Uruguay became the first nation in the world to legalize and regulate marijuana. 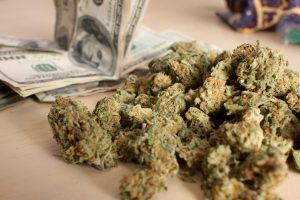 The drug will sell in pharmacies throughout the country for about $1 a gram, a tenth the going rate in the United States. Under the new rule, residents would be limited to 10 grams of weed per week and 40 per month.

That works out to about 2.6 joints a day, or 18.6 in a week. The vast majority of marijuana users consume substantially less than that, but many medical users and some heavy recreational smokers consume more.

Residents would also be allowed to grow up to six plants for personal use. Tourists and other visitors from outside Uruguay will not be allowed to buy legal weed. Buyers will get cards linked to a database that tracks their purchases but doesn’t disclose their identity to pharmacy workers.

Government officials are also working to develop fees for weed sales similar to those charged on alcohol and tobacco. The country imposes a high luxury tax on those items.

And they’re trying to set up a system for tracking cannabis from seed to sale. Officials say the government will approve plants with genetic markers that will be cloned. There will be inspection and testing of sellers and users, they say. But it’s proving harder to create the system in practice than in theory.

News of the new rule was leaked in late April, shortly before it was scheduled to be published along with other final regulations. President Jose Mujica had asked officials to keep the details quiet in the meantime.

Legalization has become a hot topic throughout the Latin world, where cartel violence has driven many political leaders to consider radical new drug policies. Countries from Mexico and Jamaica to Chile and Argentina are considering some degree of legalization in the wake of Uruguay’s experiment.

Less than 1 percent of Uruguayans use weed every day. Support for legalization was weak among the country’s voters when it came before lawmakers, but a coalition of progressive politicians pushed it through regardless.