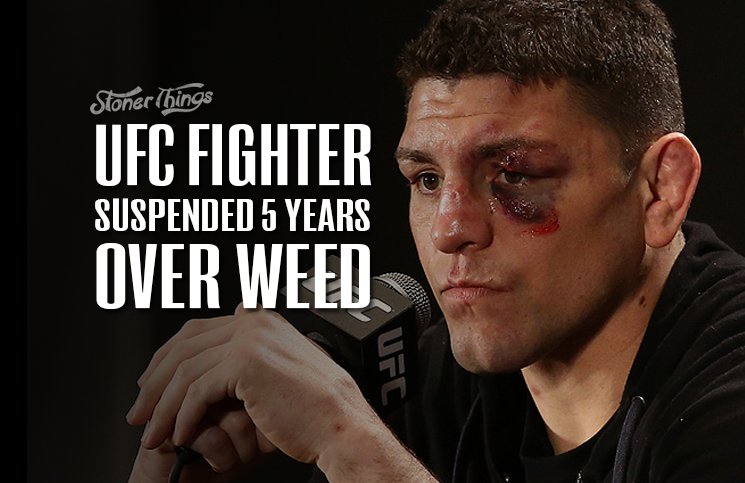 Ouch. The Nevada State Athletic Commission moved in September to ban UFC fighter Nick Diaz from the sport for five years after he tested positive for weed. 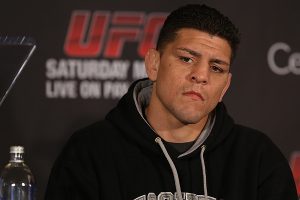 The test results came shortly after his fight with Anderson Silva in January, and it was the third positive cannabis test of his career. The five-year suspension also comes with a fine of roughly $165,000, about one third of the $500,000 purse from the UFC 183 headliner.

Understandably, Diaz didn’t see the wisdom in the outrageous penalty.

It’s hard to defend the ruling, given that the harshest penalty in pro football for the same offense is a four-game suspension. Few professional athletes have faced such a long, multi-year suspension over simple marijuana use.

Diaz, a fan favorite, is not beloved within the sport itself, especially not among the commissioners who run it. He’s raw, he’s blunt, and he fights with a style that prioritizes fan entertainment. He has also landed himself in trouble before, including the earlier cannabis penalties in 2007 and 2012, both of which came with suspensions and fines.

Indeed, the new punishment appears to be mostly a way for the commission to express its disapproval with Diaz personally. And it may not even be legal under the commission’s own rules. Earlier this year commissioners voted to adopt new guidelines for punishing athletes who fail drug tests. The maximum penalty for a third marijuana violation is supposed to be a three-year suspension and a fine of up to 75 percent of the fighter’s purse.

Diaz got a fine that was below those cutoffs, but the suspension itself is much longer. And the fighter’s fans and supporters say it’s proof the commission and Diaz’s other critics are railroading him for their own purposes.

Diaz has a medical cannabis card in California. On the night of his January 31 bout, he was subjected to three separate drug tests, two of which came back clean from a laboratory accredited by the World Anti-Doping Agency. The third test was performed by Quest Diagnostics, a private laboratory company known among scientists for its dubious controls, and came back with results five times higher than the amount allowed by anti-doping rules.

The conflicting test results were of questionable value at best, but commissioners ignored that problem and instead accused Diaz of lying when he answered “no” on a pre-fight questionnaire asking if he had used drugs within the last two weeks. Commissioners insisted that Diaz’s sometimes erratic behavior and his cannabis use were disrespectful toward the commission and its regulations.

The suspension has fueled a sharp backlash within the sporting world. Other fighters have backed Diaz, saying the punishment is far too severe for the violation, even considering his earlier offenses.

Hypocritically, Silva also tested positive for drugs following the bout. But instead of weed, he triggered tests showing use of anabolic steroids and endogenous testosterone. Both are banned, and unlike pot, they give athletes an actual unfair advantage, yet Silva was suspended for just a year.