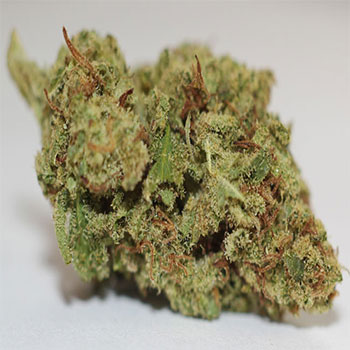 As sure as champagne and eggnog, it’s time to ring out the old year and toke in the new. But before we say goodbye to 2013, let’s pause to remember the marijuana year that was.

Laws changed across the globe. More Americans admitted to using. Cannabis policy reform became more than just an experiment. And we learned unexpected things about weed that could make it even more valuable to us in the future.

1. Local governments can ban pot shops in California. In May, the state Supreme Court ruled that towns, cities and counties can use zoning and other rules to prohibit medical marijuana dispensaries within their boundaries. Hundreds of municipalities have done so, while a smaller number have enacted ordinances to allow the shops with tight regulation. Now state courts are considering whether localities can also ban home grows. 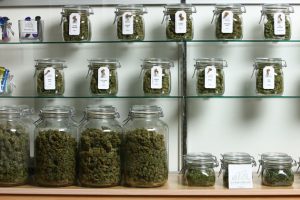 2. Washington and Colorado mark a year of legal weed. Pot has been legal in these two states since 2012, and the first licensed retail sales won’t occur until 2014. But the real work behind regulated marijuana in Colorado and Washington happened in 2013, when rules were approved, license applications processed, and tax levies set. Even with the threat of federal intervention hanging over them much of the year, officials pushed out two unique regulatory schemes that will likely shape the future of legal weed in America.

3. Pot saves kids. Much of the news on pot this year has focused on young children suffering from seizure disorders. Their stories suggest dramatic improvements from a special extract of marijuana that contains high amounts of CBD and almost no THC. CBD is a chemical thought to quiet overactivity in the brain related to seizures, while THC is the substance in marijuana that gets users high. Some parents with afflicted kids have moved to Colorado, where the drug is legal, while others are lobbying their state lawmakers to legalize the extract where they live.

4. Uruguay beats everyone else to the punch. Both houses of the Uruguayan Congress passed legislation in 2013 to make recreational marijuana legal in the small South American country. All that’s left is the signature of the president, who has supported the bill from the start. Uruguay, and a growing number of other Latin countries, are looking to legalization as a possible means to take power from violent drug cartels. Further reforms are expected throughout the Western Hemisphere in coming years.

5. More states get ready for green. With Colorado and Washington in the rearview mirror, the reform movement has new targets. Marijuana proponents are preparing ballot initiatives in California and Oregon for as early as 2014, and efforts in both states are given good odds of passing. A similar petition in Alaska could wind up on the ballot in 2014 or 2016. And Nevada will likely vote on legalizing in 2016.

6. More states adopt medical marijuana. With Maryland, New Hampshire and Illinois in the mix, there are now 20 states that allow medicinal marijuana. That includes Colorado and Washington. 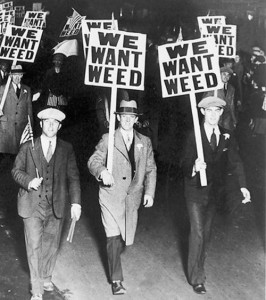 7. Americans want pot legal. According to a Gallup poll taken in the fall, most Americans want to legalize marijuana. That’s the first time the survey has found majority support for legalization since it was started in the 1960s. According to the poll, 58 percent of Americans favor legal weed.

8. The feds change their tune. Pot is legal for medical or recreational purposes under various state laws. But it’s still illegal under federal law, and providers and state regulators had lived under fear the feds might crack down, sending growers and sellers to jail and overturning state regulatory schemes. That fear eased in August, when the Department of Justice announced it won’t interfere with legal pot as long as providers and states meet certain federal criteria, such as keeping weed away from kids.

9. Marijuana kills cancer. A study released in the fall found that cannabis has the potential to kill cancerous cells in people with leukemia. The study, by a British oncologist, found that six non-psychoactive chemicals in pot can interact to create a “diverse range of therapeutic qualities” that “target and switch off” pathways that cancers use to grow.

10. The world’s first pot-shop license. The State of Colorado issued the first-ever license for the sale of recreational weed to Annie’s, a medical dispensary in Center City that is converting to recreational sales.