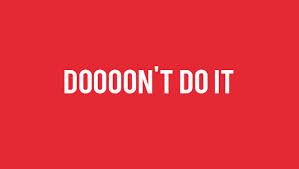 Weed is about freedom: loosening up your life and liberating your decisions. There are so many things you can and should do on pot, things you’d never do sober. But there are also things you should definitely not do while stoned.

Marijuana doesn’t work like alcohol. It’s less likely to lower your inhibitions to the point where you’d make reckless decisions. Someone who’s drunk is much more likely to get behind the wheel than someone who’s stoned. The stoner still understands he shouldn’t drive, while the drunk person makes bad, dangerous, impulsive decisions.

Still, tokers make plenty of mistakes. Some are small, like a slip in memory at an important moment. Others are big, like jumping off balconies (it happens, but very rarely). Here are some of the dumb things you should try to avoid while enjoying the icky.

Unless your date turns out to be a huge pothead like you – and statistically speaking, that’s very unlikely – your red eyes, your spacey tangents, and your obsession with your food may well be a turnoff. 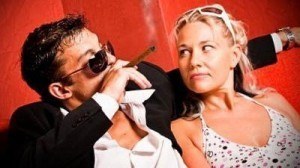 That’s not to say you should never broach the subject. Hell, maybe it’s even appropriate on a first date to tell him or her you enjoy weed. If things go anywhere, you’re going to have to share it with the person anyway. It will test your relationship, but it will also tell you whether you’re compatible.

All the same, never go on a blind date high – or any first date, for that matter. A toke or two before you head out for the night won’t kill you, but stay away from the bong. He or she may not find your love of ganja especially attractive.

Everyone in college should smoke weed at least once. Some should and do smoke a hell of a lot more than that. But if there’s one thing cannabis is not good for, it’s keeping you awake and focused.

Who knows, maybe your prof is also a stoner and a sideways thinker who loves pointless tangents, but that’s doubtful. Plus, how could the prof tell the difference between high and stupid? 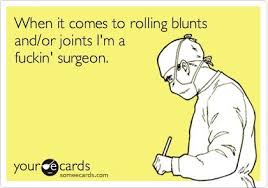 Come on, if this is even an open question for you, you’re either not a doctor or you are but shouldn’t be. One imagines it would be better to have a surgeon who’s a little buzzed on weed than a surgeon who just downed half a bottle of wine.

But that doesn’t mean you want either of them anywhere near your body. As a general rule, most MDs just shouldn’t use marijuana. In many parts of the country, that could cost you your medical license. If you decide to do it anyway, for God’s sake, keep it at home.

Unless you’re Harold and Kumar, any use of cannabis on an airplane is likely to end badly. If the toker is a pilot, you should hold on for dear life and hope he doesn’t space out during landing.

But skydiving on weed must be one of the dumbest decisions a person could make. What happens when you have a memory lapse right before you’re supposed to pull the ripcord? Certainly it’s been done, and maybe most of those who’ve tried it came away unscathed. But unless you’re a serious pro at both skydiving and pot, puffing up before jumping is a very bad idea.

Interviewing for a Job with the DEA 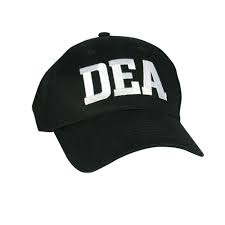 These guys don’t just ask you about your drug use – they put you through a lie detector test. If you’ve ever used pot as an adult, you’re out. Only brief “youthful” experimentation is excused.

Pretty much any job in federal law enforcement is out of reach for you if you like the green. The same goes for many local police departments and sheriffs’ offices. If you want to go through the application process, be our guest. Have some fun with it. But don’t expect to go anywhere fast.

This one is dead serious. Marijuana is responsible for only a small percentage of traffic deaths. What’s more, studies show highway fatalities have dropped in places where weed is legal. But none of that means you should hit the road after hitting a bowl.

The odds of an accident double when you drive after smoking pot. That said, the odds increase by 1,300 percent when you drive while drunk. So driving stoned is much safer than driving on booze, but it’s still plenty dangerous. And the more crashes there are, the stronger anti-weed groups become. So do yourself, other drivers, and the reform movement a favor and keep your weed off the road.