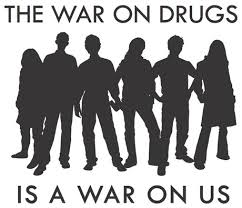 Richard Nixon essentially launched the modern drug war in the early 1970s. Ever since, the federal government has tried to clamp down on users, makers, and sellers of everything from marijuana to heroin.

The anti-drug movement has produced some truly terrible moments in America. From false arrests and deportations to merciless prosecutions and wasted money, almost nothing about the drug war is good for anyone.

What’s the worst of the worst? Here are four of the lowest, saddest moments in the history of anti-narcotic efforts in the United States. 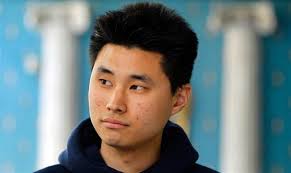 Daniel Chong was a student at UC San Diego when he was busted by the DEA in April 2012. He got caught up in a drug sting at the house of a friend. He was carrying a small amount of marijuana but nothing else.

DEA agents quickly decided Chong could go without charges, but before they let him leave, they placed him in a holding cell, handcuffed, without food or water. And then they forgot about him. For five days.

By the end of the ordeal, Chong had begun drinking his urine and tried to kill himself with the glass from his corrective lenses. He came out of it deeply traumatized, and the DEA actually issued an apology – unheard of in the federal government.

Thankfully, Chong walked away with a door prize: An uncontested legal settlement of more than $4 million. 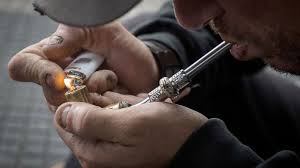 During the early 1980s, as cocaine use spread wildly across the country, the CIA concocted a daring plan to help the right-wing Contra rebels in Nicaragua. Unfortunately, the plan was very, very stupid. It was also a disaster.

The Contras had their hands in almost every aspect of the Nicaraguan drug trade, and the CIA thought it might be a good idea to help. Hoping the money would lead to the end of that country’s communist government, CIA agents paid the Contras to ship tons of crack cocaine into the United States.

A lot of that dope ended up in Los Angeles, birthplace of the crack epidemic. One drug dealer, “Freeway” Ricki Ross, was largely responsible for the initial spread of crack cocaine, and some of that Nicaraguan coke almost certainly passed through his hands. The CIA may not have caused the crack epidemic, but the agency certainly didn’t help.

The vast majority of drug crime is non-violent, just like the vast majority of users and providers. But that hasn’t stopped the federal government from imposing ridiculously unwarranted sentences for all sorts of drug-related offenses.

Mandatory minimums came of age in 1986, when Congress passed the Anti-Drug Abuse Act. The new law mandated minimum sentences for a wide variety of crimes, including marijuana offenses.

States enacted their own mandatory minimum statutes. New York, for example, passed a sentencing law in 1973, a law that imposed a 15-year minimum sentence for possession of more than four ounces of any illicit drug other than cannabis.

Agents at the DEA have more than a few unjust killings on the books, though they probably don’t call them that. The agency can be downright trigger happy, and if recent developments are any guide, that’s unlikely to change anytime soon.

Eleven years ago, agents staking out a house in San Antonio shot an innocent woman in the head. They opened fire on a car because they thought 14-year-old Ashley Villarreal’s father, a suspected coke dealer, was inside.

Agents shat at the car unprovoked, and instead of hitting the father, they hit and killed Ashley, the only occupant. As usual, the agents involved got off without punishment of any kind, even though there was substantial evidence of a cover-up.