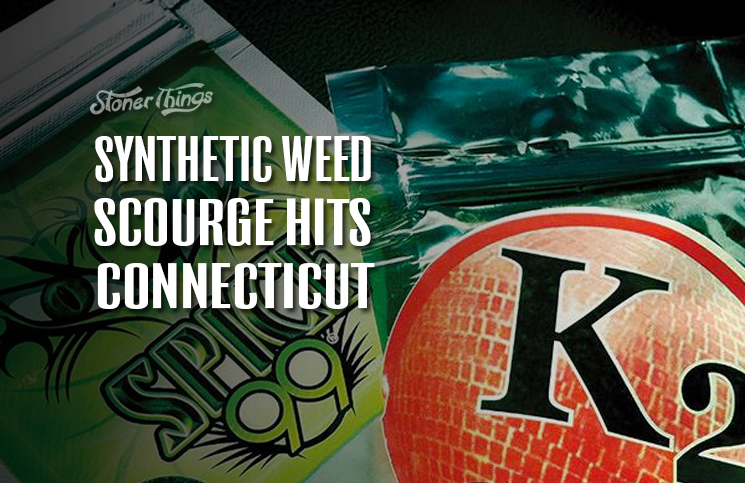 A rash of overdoses linked to dangerous synthetic marijuana has spread to Connecticut, officials there said. 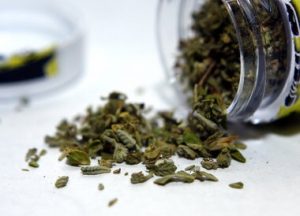 Authorities in Willimantic, Ct., said at least five people and as many as 12 were hospitalized in late April and early May. Police said they believe the synthetic weed, also known as Spice or K2, was laced with PCP, making an especially hazardous concoction.

Willimantic police arrested four men in connection with the spike in K2 ODs, including one alleged seller and three buyers. Officers declined to say whether the dealer had supplied the synthetic pot that got users sick, but the timing of the arrest suggests he may have been involved.

Thomas Gasper Jr., 39, was charged with possession of synthetic cannabis with intent to sell it, along with other crimes. The buyers face possession charges and were released. Gasper was initially held on $250,000 bail.

Authorities issued a public alert about the potentially tainted supply of K2, saying hospital admissions surged over a one-day period between May 4 and 5.

People who used the tainted K2 have engaged in “psychotic behaviors requiring immediate hospitalization,” said Willimantic Police Corp. Stanley Parizo Jr. “We are cautioning those persons using this synthetic drug to beware of the very serious medical consequences that can be expected with the use of this product.”

While police said as many as a dozen victims were taken for medical care, officials at Windham Hospital in Willimantic could only confirm five people were admitted with symptoms of K2 overdose.

The warnings in Connecticut come just days after news of possible overdose deaths in Eastern Pennsylvania and Western New Jersey. Dozens have been hospitalized there, and at least one alleged dealer has been arrested.

It’s not clear whether the presence of PCP extends to K2 sold outside Willimantic, but the high casualty rate of late suggests that may be the case. Connecticut state officials said the number of overdoses spiked dramatically in April.

Real marijuana leads to euphoria, stimulation, and distortions in sensory perception. The same is true of synthetic marijuana, except that K2 also delivers severe side effects.

Elsewhere, a handful of deaths have been tied to the designer drug. It has become increasingly common in the Mid-Atlantic region and on the East Coast, especially in communities with limited access to the real thing. Officials in Connecticut said their crisis came at the tail end of a nationwide spike in K2 reports. 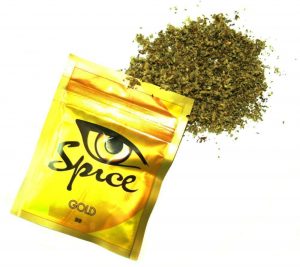 Synthetic weed, which consists of psychoactive chemicals sprayed on inactive herb, is cheap and easy to make, and unlike real weed, it doesn’t trigger positive results on drug tests. It was designed by chemists and is constantly tweaked to keep its ingredients out of the reach of anti-drug laws.

Nonetheless, most formulations of synthetic pot are banned in every state and under federal law. And many governments are treating it as a much more serious drug than cannabis.

“Synthetic marijuana is formulated with known and unknown chemicals, some of which are suspected to be extremely hazardous to health,” said Department of Mental Health and Addiction Services Commissioner Miriam Delphin-Rittmon.