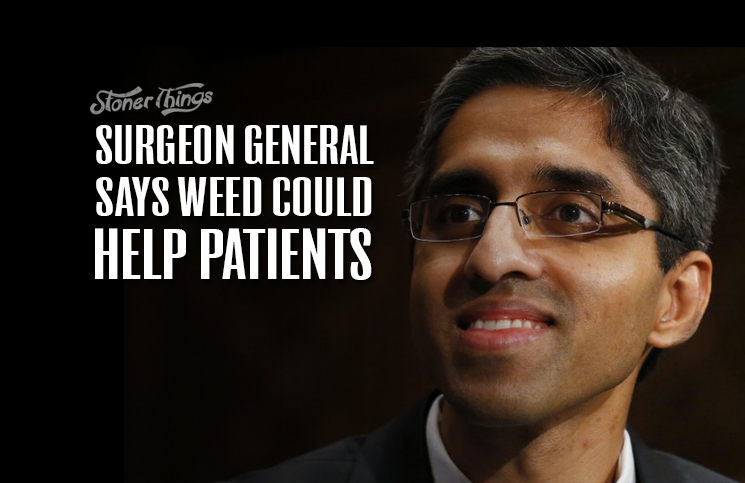 Medical marijuana has won the support of a major federal healthcare official. 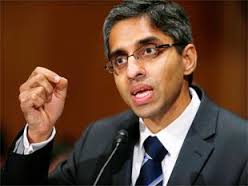 New U.S. Surgeon General Dr. Vivek Murthy, who took office early this year, said during an interview Feb. 4 on CBS This Morning that weed “can be helpful” for patients suffering from certain medical conditions.

“We have some preliminary data that for certain medical conditions and symptoms, that marijuana can be helpful,” he said when asked for his views on legalization. “I think we’re going to get a lot more data about that. I’m very interested to see where that takes us.”

Murthy’s comments don’t mark a major departure from federal policy. He declined to say whether he supports legalization for medical or recreational use. But he said science should determine marijuana policy.

The Obama administration has generally been supportive of weed reform, though often only tepidly so. The Department of Justice announced in 2013 that it would allow states to adopt legalization as long they enforced eight federal priorities, such as keeping guns out of the pot trade.

Congress has also taken major steps on cannabis policy in recent months. Late last year, lawmakers voted to block the DOJ from interfering with medical weed in states where it’s legal. That will ultimately deprive the DEA of a big hammer in its crusade against marijuana.

Murthy said more scientific evidence is needed before more big policy changes can be made. He said the studies he’s seen so far suggest the drug has real medical promise.

Of course, not everyone needs more proof to convince them that weed should be legal – if not for recreation, at least for medical use. It’s already widely accepted that marijuana relieves nausea, wasting, and muscle spasms, among other symptoms.

Murthy’s comments point to a rapidly growing consensus in the medical community that cannabis is an effective treatment for some conditions – and may be for many others.

In January, the American Academy of Pediatrics petitioned the DEA to reclassify marijuana under the Controlled Substances Act. That law rated cannabis as an especially dangerous and addictive drug with no acknowledged medical uses.

If the drug is moved to a lower classification – from its current spot in Schedule 1 to a lower ranking in Schedule 3, for example – it would be much easier to study the drug’s medical effects. Currently, weed is grouped with heroin, LSD, and ecstasy. Even cocaine and methamphetamine rank lower in the schedules.

Many other high-profile physicians have staked out positions in favor of reform. Dr. Sanjay Gupta, CNN’s chief medical correspondent, who is a neurosurgeon, publicly changed his mind and came out in favor of medical weed. Former Surgeon General Joycelyn Elders, who served in the 1990s, also supports legalization.

“Dr. Murthy’s comments add to a growing consensus in the medical community that marijuana can help people suffering from painful conditions,” said Tom Angell, chairman of the reform group Marijuana Majority. “It’s crazy that federal law still considers marijuana a Schedule I drug, a category that’s supposed to be reserved for substances with no medical value. In light of these comments from his top medical adviser, the president should direct the attorney general to immediately begin the process of rescheduling marijuana.”