A young Texas man who faces life in prison over a batch of hash brownies drew a crowd of supporters when he made a court appearance June 19 in Williamson County.

Supporters gathered on the lawn outside the county courthouse while Jacob Lavoro, 19, appeared for his first hearing in the case against him. Lavoro’s arrest has drawn international attention because he could serve decades in prison for cooking brownies that would be a misdemeanor in many other places – and legal in some. 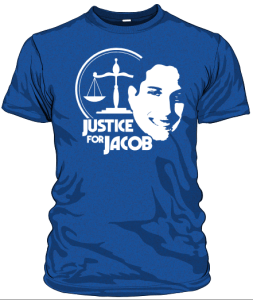 Prosecutors say they’re seeking a long prison term because Lavoro used hash oil in his brownies, and because they found more of the stuff in his apartment. Texas law treats marijuana concentrate more like crack cocaine than regular cannabis.

Now Lavoro is looking at a term of between five years and life in prison. Police say he was selling the drug, though even that doesn’t account for a life sentence. Clearly, police and prosecutors intend to make an example of Lavoro.

Authorities contend that hash oil is a dangerous drug akin to heroin or cocaine, and the same goes for anything made using it. But that argument doesn’t make any sense.

Cooking hash oil into food is not very different from cooking dried marijuana into food. They both require a fat-soluble medium, usually butter, and they both produce a similar high. The high from oil may be stronger, but only if a lot of it is used.

But amid fears over the potency of hash oil and the danger of making it, Texas treats possession and sale of the substance as a major felony.

All Brownies’ Ingredients Counted as Drugs

Police arrested Lavoro in Round Rock, Texas, in April. Round Rock, located in Williamson County, is a suburb of Austin.

Officers said they searched Lavoro’s apartment with his permission – which he denies – and found a pound and a half of hash cookies and brownies. They said they also found $1,675 in cash, digital scales, dozens of small plastic bags, a pound of processed weed, and 145 grams of oil.

Police weighed the food and the pot and, following state law, counted all of the food’s ingredients as drugs. Possession of 4 or more grams of hash oil is a first-degree felony, even though it is a misdemeanor to possess far more pot than is required to make that much oil.

A Dangerous Prosecution in a Crooked County

Law enforcement in Williamson County has had its own share of legal troubles in recent years. A sheriff resigned a decade ago after he was caught driving drunk. And last year a judge and former longtime county prosecutor was sent to jail over charges he intentionally hid evidence from defendants.

Despite its own problems, and pervasive corruption in the county, the district attorney’s office has decided to throw the book at Lavoro instead. The young man said he fears what comes next.

“It’s really frightening, it really is,” he said. “It’s putting me in a really scary situation and honestly, I can’t stop crying about it.”

Lavoro’s case has drawn widespread support. A petition on Change.org has collected more than 150,000 signatures, while a Facebook page supporting him has nearly 10,000 likes.