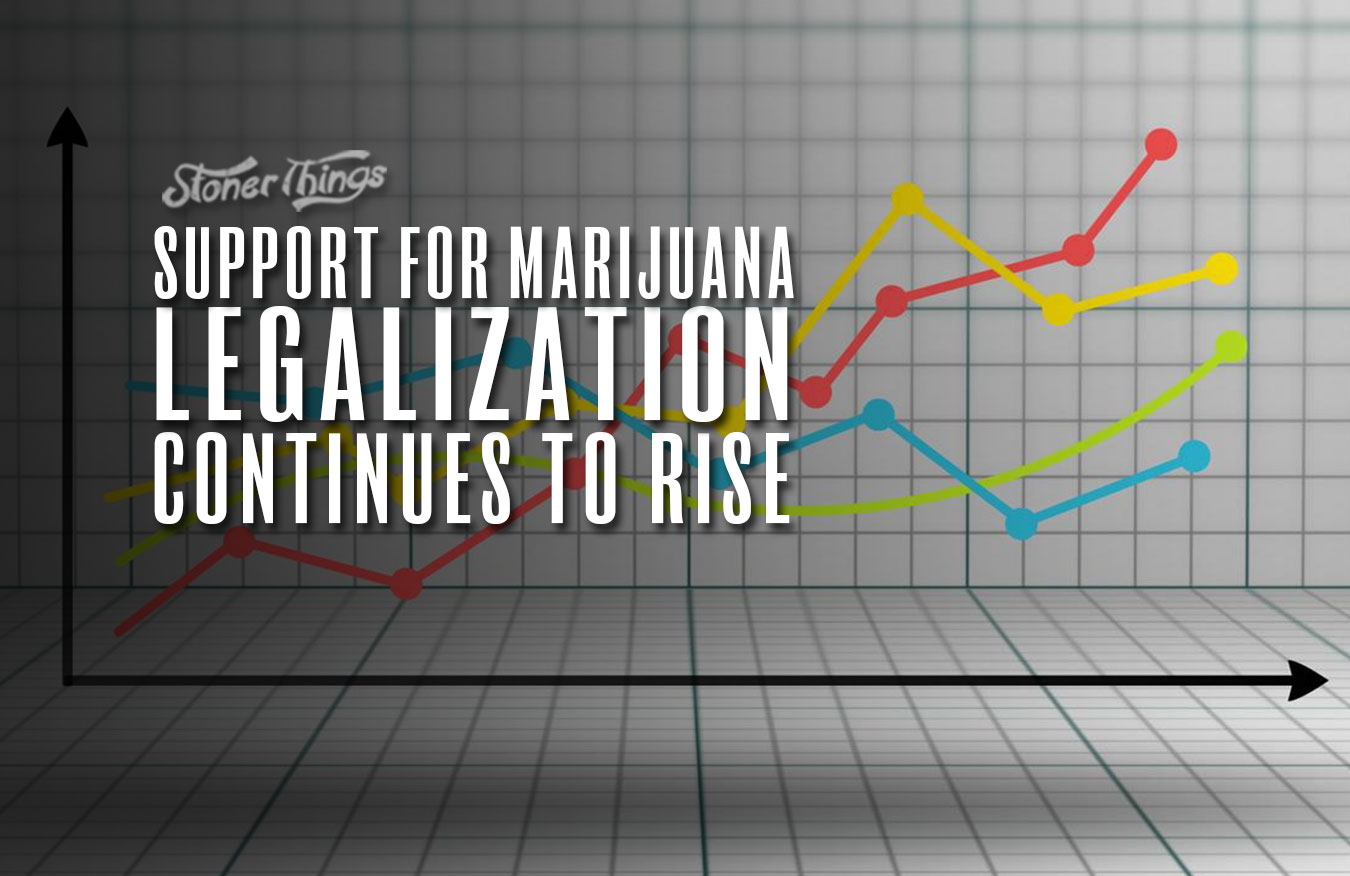 Given the waves of legalization across the U.S., it should come as no surprise that support for legalization has been trending up for years. One of the most respected pollsters in the world, the Pew Research Center, has released the results of a poll it took on legalization showing that the trend of acceptance continues climbing upward. The issue still shows a somewhat partisan divide, but that may be changing as well.

Two-thirds of Americans say the use of marijuana should be legal, reflecting a steady increase over the past decade https://t.co/QoMXjiaUYk pic.twitter.com/V4vLqY3r9f

The number of Americans who were against legalization in 2010 was about 52 percent. Today? Less than a third of Americans oppose some form of legalization, the survey says. The partisan gap has shrunk somewhat, with more Republicans favoring legalization now than a few years ago, but it still exists. What’s most telling are the attitudes broken down by demographic. The generation that grew up hearing the worst of Harry Anslinger’s racist claptrap about marijuana are, of course, the least likely to support legalizing. Of the “Silent Generation,” only 35% support any form of legal weed. Every generation since them now has a majority opinion that legalization of some kind should happen in the U.S. — but the devil is in the details.

Generational divides within parties on support for legalizing marijuana use…

The Pew poll delineates two forms of legalization: For “all uses” (which includes recreational as well as medicinal) and “just medicinal.” Americans have been OK with medical pot for a while now, but the gap between “just medical” and “sure, have fun too” has also been shrinking with time. Perhaps this is because in places where marijuana has been legalized for recreational purposes there have been mostly positive stories about the aftermath? Pretty much all of the fearmongering by those who worried about recreational pot has led to none of those fears manifesting in reality. In many cases we’re seeing less crime, higher property rates (no pun intended), and even lower youth usage rates. Not every policy decision is predicated on real world data, but at least the overall fearmongering of “what if” can now be countered with actual facts.

There are wide partisan and generational differences in views of marijuana legalization. https://t.co/pxkcvB2nPo pic.twitter.com/AhpjMfziaN

There has been significant criticism of polls in recent years, so it bears noting that Pew has some of the highest standards when conducting surveys. The center is non-partisan, and doesn’t offer legislative solutions, but merely collects information and relays it in the fairest method possible: Statistics. The non-profit research center has posted the details of its methodology online, so everyone can see exactly how this data was collected. This survey was conducted online, but using a nationally representative group. That is to say, the nearly 10,000 respondents comprised a cross-section of America.

Say marijuana use should be legal…

It appears the cross-section of America that supports legalization is growing like a weed, and if the Pew survey is accurate, will continue to grow as younger generations almost overwhelmingly support the continuing advance of marijuana legalization in the U.S..