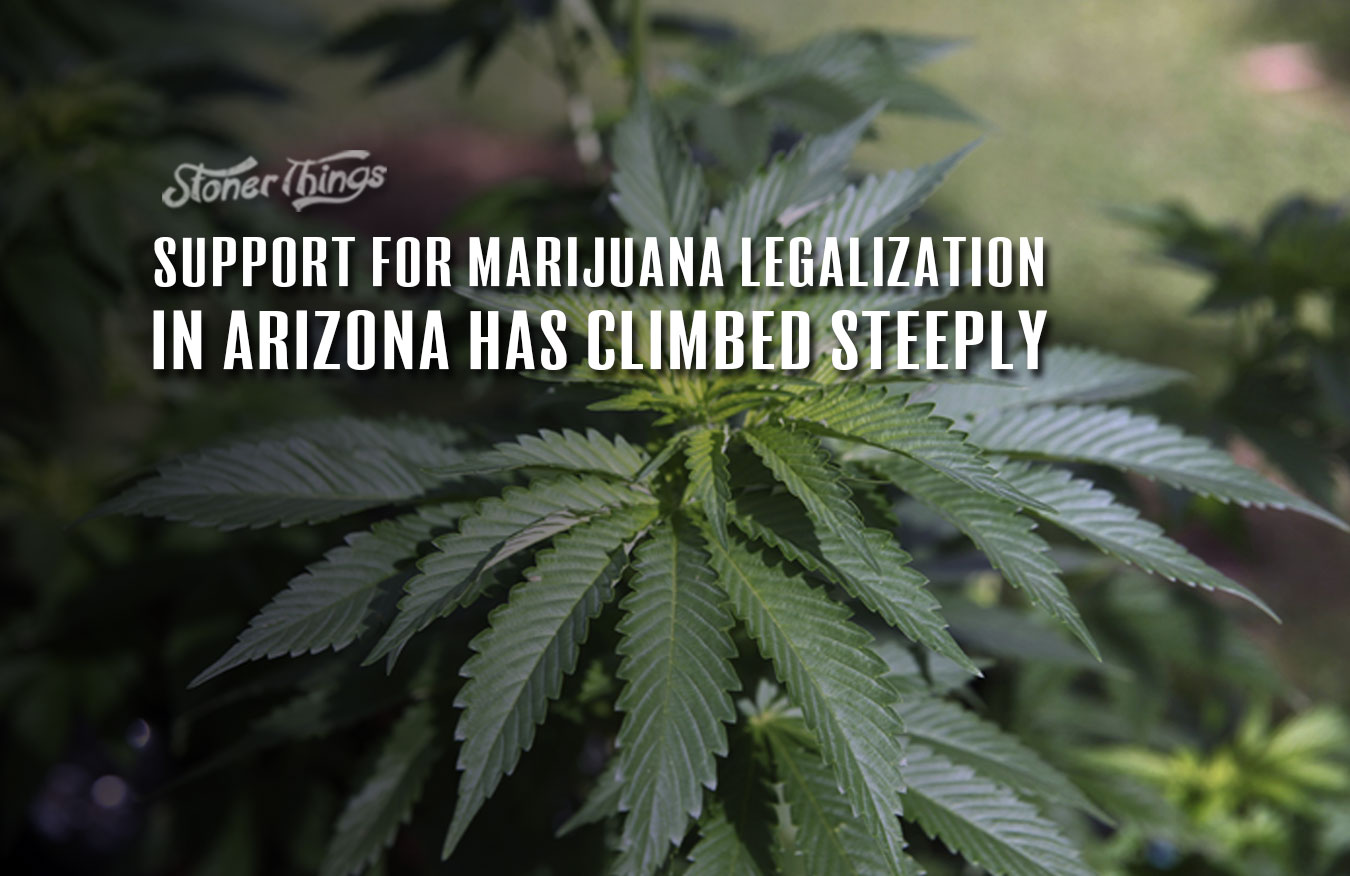 The longer marijuana legalization proves beneficial to the states that have allowed it, the more people seem to be coming around to understanding that legalization might be right for their state as well. In neighboring states, in states that are far away, citizens are realizing that legalizing makes sense. It could be the pandemic, but it could also be the directives around legalizing weed have remained clear, as opposition has failed to prove its case as evidence mounts against their claims. A new survey in Arizona puts the specific legal question to those being polled, however, and found with new specificity just how residents feel about the prospects of legalizing in that state.

As OH Predictive Insights reports on its own survey, “more than 6 in 10 Arizona voters favor marijuana legalization.” That’s up from just a year ago, when support for a measure on the ballot only had 51% of voter support. In fact, this is the 2nd time in so many years that voters have had to answer whether or not they’d like to see legal pot in Arizona. Notably, support has risen in the suburbs, and suburbanites are the demographic that appears to have changed its mind the most about weed. Meanwhile, rural voters are just 1% behind urban and suburban voters in supporting legal weed.

The group found that no major organization raised money to combat legal pot in the state, but the largest anti-pot voices are predominantly split along political party lines. Republicans, the state’s largest political faction, are adamantly opposed to legal weed in most forms. Republican voters are similarly staunch in their opposition, with 52% saying they do not support the measures.

The survey was conducted primarily over the phone, and included around 600 registered Arizona voters. However, the state narrowly lost the last time legal weed was up for a vote, and like many elections in 2020 we may be tracking the results of this one for a while as votes are counted. Even so, the numbers OHPI collected point to a significant sea change in public sentiment in just a short time. After all, the last measure was four years ago. In 2020 times, that might as well be last century.

Arizona, like so many states, has dragged its feet when it comes to legalization based on the same old tropes and fears trotted out by anti-weed legislators of the past. Unlike the past, people have friends they keep up with on social media. Perhaps had those networks been around in the 1960’s some might have shared pot-hysteria memes that show someone cooking a baby or any other nonsense that was anti-drug propaganda, but today friends and family are more likely to see positive, pro-weed stories. From huge tax revenues to medical pot helping people kick opioids, today’s consumer can be a lot more informed than in the past.

Perhaps if Arizona can change its mind, other states will follow suit. It’s only a matter of time before more states legalize, and it’s also likely we’ll see Federal legislation within a few years as well. If public opinion is changing so much, it won’t take long for politicians to read the room and change their tune.