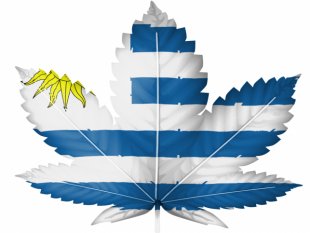 For all the credit lauded upon Colorado and Washington for their leadership in fighting marijuana prohibition, the real praise may belong to Latin America, where courageous politicians have bucked even the popular will to make weed legal and free their people from generations of organized crime and unjust imprisonment.

Mexico, for example, is considering a bill that would legalize cannabis clubs and allow Mexicans to grow marijuana plants for their own use. Other Latin countries have ears to the ground as well, looking for developments that might allow them to use drug reform as a tool against the cartels.

The one country they’re all looking to, Uruguay, could soon become the first nation on Earth to legalize and regulate cannabis, and it’s likely other South and Central American countries will follow its lead.

A key vote on legalization is expected in the Uruguayan Senate in late September or early October. The bill to legalize and regulate pot was approved by the lower House of Representatives in July.

The vote in the House was narrow, but it should pass the Senate by a comfortable margin. And President Jose Mujica has been a strong supporter of the proposal, meaning it would become law if the Senate approves it.

Even as that vote nears, a new poll suggests strong public opposition to legalization has been waning, if moderately. The House passed the bill in the face of 66-percent disapproval. That number is now 61 percent.

Support for Legalization is Declining

Though opposition is still high, numbers dropped substantially in key political categories. For the first time in public polling, the likely voters for the ruling Frente Amplio (FA) party who said they support marijuana regulation outpolled those who said they don’t support it.

That matters because FA senators hold a comfortable majority in that house. If they don’t fear voter revolt over the issue, it should be easy for most of them to vote for it. No FA senators are expected to oppose the bill.

Support remains very low, however, among backers of the other two major political organizations, the Colorado Party and the ultra-conservative National Party. And many voters – 65 percent – said they would “probably” or “definitely” sign a petition to call for a referendum on the issue.

Under relatively complex political rules, legislative statutes can be put to a public vote. First a group opposed to a law must obtain signatures from at least 2 percent of the voting public, or about 52,000 people.

Getting A Referendum Unlikely

A preliminary vote would then be held to determine whether the public wants a referendum on the law. If more than 25 percent of voters show up at the polls, the issue can be put up for referendum.

But that’s an unlikely scenario. Not even opponents of the government’s abortion decriminalization laws were able to bring more than 9 percent of voters to the polls on that issue, which carries much more religious and cultural weight than marijuana.

It seems more likely the world will be left to watch, and emulate, a massive experiment in drug policy and governing. If it works, it could pave the way for safer streets, safer pot  and better access to medicine. Uruguay is the first, but it almost certainly won’t be the last.