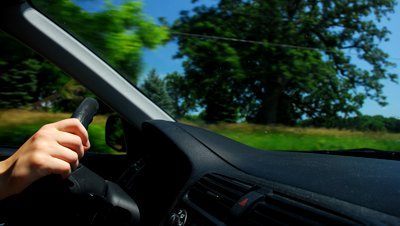 A new study suggests marijuana is playing a bigger part in fatal traffic accidents across the country.

The survey, by researchers at Columbia University, looked at toxicology results from nearly 24,000 fatal highway incidents. They concluded that cannabis was a contributing factor in 12 percent of traffic fatalities in 2010.

A decade earlier, there were just a third as many roadway deaths tied to weed. In the meantime, several states adopted medical marijuana. And the drug became more readily available in the states that already allowed it, 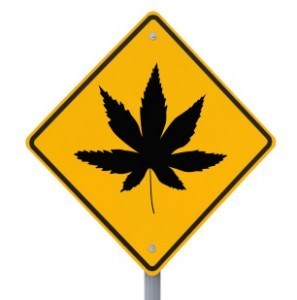 such as California and Colorado.

Young Pot Users Most at Risk

According to the study, young drivers are especially likely to die in collisions involving marijuana. Almost half of all motorists killed with marijuana in their system are under the age of 25. Likewise, almost a quarter of all drivers who die under the influence of any recreational drugs are under 25.

More than 12 percent of high school seniors, meanwhile, admit they have gotten behind the wheel after toking.

A separate study by the National Highway Transportation Safety Administration found that 4 percent of motorists drive while high during the day, compared to 6 percent who drive high at night. More than 12 percent do so on weekend nights, researchers found.

Insurance.com reports that Colorado has seen a dramatic increase in traffic fatalities in which marijuana was the only contributing factor. The trend started around the time the state began allowing medical marijuana dispensaries, in 2009.

Other Research Shows Weed May Save Lives

But other research suggests a very different trend. A study released last year found that overall traffic deaths have dropped notably in states that have adopted medical marijuana.

The study, published by a team of economists, found a statistically significant link between the decrease in fatalities and the introduction of MMJ. In contrast to the Columbia University study and the report by the NHTSA, last year’s survey found the drop in overall deaths was greatest among young drivers, at night, and on the weekends.

The researchers who performed that study theorized that drivers who would once have been drinking and driving are now smoking weed instead and staying at home. Or it’s possible that switching from alcohol to weed makes drivers somewhat safer on the road.

The key, the economists said, is that people are substituting marijuana for booze. And drunk drivers account for about 33 percent of all traffic fatalities, far more than are caused by cannabis.

Besides, the scientists behind the new study looked at all driver deaths involving marijuana, not just the fatalities caused by weed alone. In many cases, alcohol or other drugs may have been another factor, even the key factor. Given the substantial effect these substances can have on driving ability, it’s often likely marijuana played at most a small part.

That part is clearly on the rise, but that doesn’t necessarily mean many more people are dying because of marijuana.

Still, state and federal governments are charging at the issue full bore. The National Institute on Drug Abuse
and the NHTSA are finishing up a three-year study to gauge how smoked weed effects drivers.

The results may not be much help. The test uses a driving simulator – though the “most advanced” in
the world – and supplies participants with extracted THC rather than real marijuana.

More importantly, NIDA is an anti-drug agency with a fiercely political agenda: stopping weed at all costs. No matter what the results of the test, NIDA will almost certainly skew them to portray pot in a bad light.