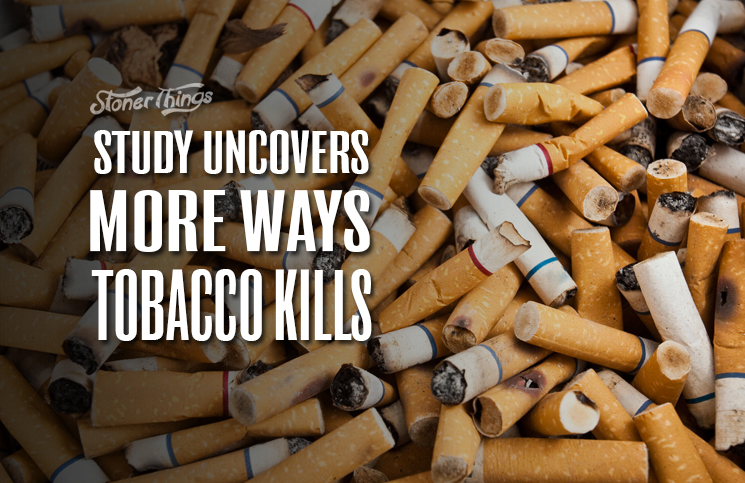 In case you needed proof that smoking weed is safer than smoking cigarettes, a new study discovered five previously unknown ways in which tobacco smoke contributes to death. 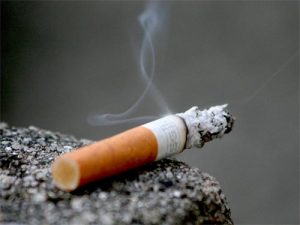 That means another 60,000 deaths, on top of the 500,000 who die each year from previously known tobacco causes. The new revelations bring the total number of tobacco-related diseases to 26, including 12 forms of cancer.

Marijuana, meanwhile, poses none of these risks. There are no overdose deaths, the evidence of lung damage is limited at most, and weed is not known to cause cancer, even though there are multiple carcinogens in cannabis smoke.

The study examined comprehensive health data from almost 1 million questionnaires respondents over a 10-year period. Among other findings, the researchers concluded that cigarettes can substantially increase the risk of infection, kidney disease, gastrointestinal problems, heart conditions and lung ailments.

Many ignore dangers of tobacco

Scientists had already established that smoking causes chronic lung disease, lung cancer, artery disease, heart attacks, and stroke. The researchers behind the new study said they wanted to get the word out because many people continue to use tobacco despite countless studies demonstrating its danger.

Nicotine might be the world’s deadliest substance, when you consider that it leads to more deaths than any other drug. Tobacco kills more people each year than alcohol and hard drugs combined.

“The smoking epidemic is still ongoing, and there is a need to evaluate how smoking is hurting us as a society, to support clinicians and policy making in public health,” said Brian D. Carter, an epidemiologist at the American Cancer Society, who authored the study for The New England Journal of Medicine. “It’s not a done story.”

Dr. Graham A. Colditz of Washington University School of Medicine in Missouri wrote an editorial that ran with the journal article. The study was published in February.

Tobacco is worse for public health than previously thought

Colditz said the results are proof that smoking has an even bigger effect on public health than we thought. Roughly 21 percent of men smoke in the United States, compared to about 15 percent of women. On average, these people die 10 years younger than those who don’t smoke tobacco.

The cigarette industry is especially harmful to people with limited incomes, the study found. Patients on Medicaid, for example, are mostly left to quit on their own.

Researchers went looking for evidence of additional cancer-related diseases after they realized the known conditions cause only 83 percent of tobacco deaths. That means that the newly discovered disorders account for 17 percent.

The difference between marijuana and cigarettes couldn’t be greater. They’re both typically smoked, but that’s about all they have in common. The addiction rate for cannabis is very low; with tobacco it’s very high. Tobacco causes cancer; weed may actually help fight it. Tobacco has no health value; pot helps millions of patients with their medical conditions.

Whatever you put in your lungs is ultimately your choice. But don’t say you weren’t warned: Cigarettes are even worse for you than you knew.