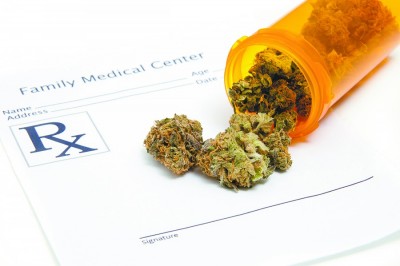 People with rheumatoid arthritis shouldn’t use marijuana to treat their chronic pain for the time being, a group of Canadian researchers said in March.

The drug, they said, provides too little proven benefit to offset the risks it poses to patients. They cited a lack of evidence showing pot’s efficacy in treating RA and a lack of data on appropriate dosing. 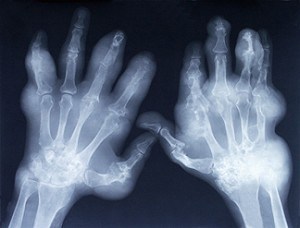 “Advocacy for access to cannabinoid treatments has led to a societal groundswell with regulatory bodies around the globe considering the legalization of herbal cannabis for medicinal use,” the researchers, from McGill University in Montreal, wrote in the March issue of Arthritis Care & Research.

But, they wrote, “the lack of the most elementary requirements for responsible drug administration must call into question any use of herbal cannabis for rheumatic pain treatment at this time.”

Medical weed is now legal in 21 states and the District of Columbia, as well as Canada. Colorado and Washington State have also legalized recreational pot.

Cannabis is used to treat a wide range of medical conditions, but its legal use is typically limited to certain disorders and the side effects of treatment for certain disorders. RA is included on the list in a number of states, though not all.

Though RA is one of the most common reasons for MMJ use, there’s very little research on the subject. That, the authors of the study said, is one of the reasons they recommend against using marijuana to treat chronic pain caused by the condition.

“While there is good evidence for efficacy of cannabinoids for treating some chronic pain conditions, such as cancer and neuropathic pain, these pain types have different underlying mechanisms from the mostly peripheral/nociceptive pain in rheumatic diseases,” they wrote.

Though the adverse effects of marijuana are familiar to any repeat user and usually cause minimal difficulties, the researchers felt they were severe enough that the drug shouldn’t be used until better data is available. 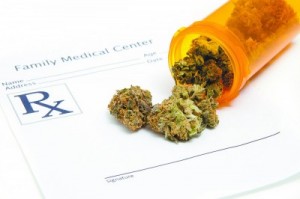 And researchers worry pot could cause depression and dependence.

Weed also creates driving hazards and, according to a Swedish study, doubles the risk for lung cancer – though those findings are contradicted by another study showing no link between cannabis and lung disease.

All these risks are present in anyone who uses marijuana, including patients who suffer from other conditions. So it’s not clear why the researchers considered them so important for RA patients as opposed to everyone else.

In any case, it’s unlikely their findings will have much impact on MMJ use by patients with arthritis. If the drug provides relief, people will use it.