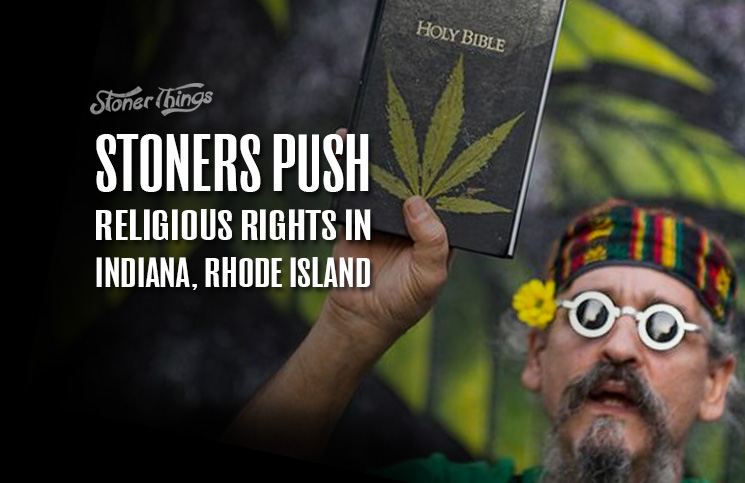 Earlier this year, Indiana lawmakers passed an ill-conceived bill that sought to provide religious exemptions so anti-gay businesses wouldn’t have to assist same-sex weddings. The bill sparked a political firestorm, forcing the legislature and governor to take most of the teeth out of the law. 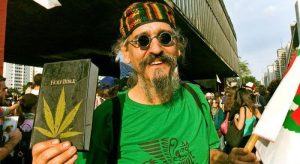 At the same time, Indiana cannabis activists saw an opportunity and took it. They created the state’s First Church of Cannabis and announced an inaugural ceremony in July. Organizers say they hope to set precedent that would bring weed under the First Amendment.

The church claims the defanged law gives it new religious rights and liberties, including a stronger case for protecting the use of marijuana. And it recently won tax-exempt status from the IRS.

Now, a new pro-weed group in Rhode Island is pushing the religious cause there. The Healing Group of West Greenwich, R.I., held its first sacred gathering in Providence in late May. Members anointed each other in cannabis oil and drank bhang, a traditional Indian beverage containing pot.

Amazingly, the group won a permit from the federal government to hold the ceremony at the Roger Williams National Memorial. Officers from the U.S. Park Service were on hand to make sure no one smoked weed, following laws that prohibit use of the drug on federal property.

Still, the officers mostly looked the other way as members enjoyed pot in other, non-smokeable forms. City officials also apparently gave the group a pass, as there were no reported arrests or confrontations outside the event.

The group chose the park because it contains a well they believe represents a sacred spring in the Book of Revelation. Normally they meet at a member’s home in West Greenwich.

“This is more than ‘We want to smoke marijuana in the park,'” said Anne Armstrong, an organizer for the Healing Group. “This well is the birthplace of religious freedom. Are we still a free country?”

Marijuana is “sacred” gift from God

Members view marijuana as “sacred matter” gifted by God. They say their religious freedoms under the Constitution grant them the right to use the drug for spiritual purposes. Together with the First Church of Cannabis, they represent a growing movement to establish new legal boundaries for the religious use of weed.

Several other religions already treat marijuana as sacred, most prominently the Rastafarians of Jamaica. Rastas have fought for religious access to weed in that country and in the United States for many years.

So far, such efforts have been mostly unsuccessful. Court rulings and federal statutes still prohibit the use of cannabis in sacred ceremonies, even though some Native American groups are allowed to use psychedelics such as mescaline for religious purposes. But if the evidence from Rhode Island is any indication, that may be changing, if only slowly.

Though barred from smoking pot on park grounds, the Healing Group lit joints while walking the locally-owned sidewalk surrounding the site. Four park officers sat stationed at the gate throughout the gathering.

The church may ultimately succeed in its push to protect religious pot use, but the fight hasn’t been without hassles. Local authorities interrupted three previous ceremonies and issued several $100 citations for possession.