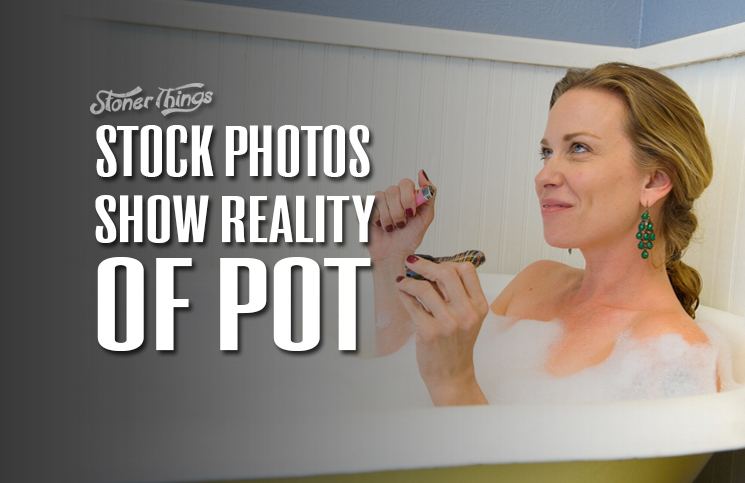 The images are bound to surprise. These photos do not depict the stereotype of the American marijuana user but rather the reality. 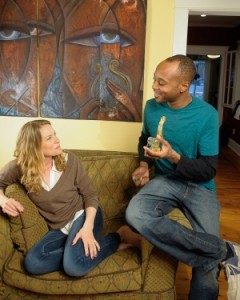 Released by the Drug Policy Alliance in mid April, the 70 stock photos are available for anyone to use, free off the Internet. There’s nothing unusual about that; photographers, graphic designers, and web artists flood Google Images with new stock photos every day.

What’s different about the Drug Policy Alliance photos is that they really don’t look anything like the popular image of a pothead. Most of the subjects are white. Many are middle aged or older. And they all appear happy and well adjusted.

The photos are part of an effort by the pro-weed group to educate the public about the real lives of pot smokers. The photos are meant to bust myths about cannabis use and show that stoners are normal people, too.

“Marijuana is being covered by the media in an increasingly sophisticated and nuanced way now that the laws are changing and more people are ‘out’ as marijuana users,” said Sharda Sekaran, managing director of communications for the Drug Policy Alliance. “We all know that many marijuana smokers look more like your Aunt Bettie or your accountant than ‘The Dude’ from The Big Lebowski, but most images in the public sphere still do not reflect this.”

The pics show several users, including medical marijuana patients, consuming weed in everyday settings, such as the bedroom, living room, and front porch. The subjects are well dressed, and they use pot in different ways: vape pens, bongs, and spoons, among others devices.

The stock images fit into the larger movement to normalize marijuana and legalize the drug. Most Americans now support legalizing cannabis, and four states – Alaska, Oregon, Colorado, and Washington – have already done just that.

Nineteen other states allow medical marijuana, while another 13 permit a more restrictive, non-intoxicating form of the drug for epileptic patients. And reform is likely to reach other states soon.

At least 10 additional states could legalize by the end of 2016, and several of those are increasingly considered safe bets. With the flood of reform and social change, leaders at the Drug Policy Alliance decided it was time to offer a more positive portrayal of cannabis use.

Indeed, there is no sign in these images of the seediness or disrepute that typically accompanies discussions of marijuana in America. They also make clear that pot use has little to do with race: Both whites and blacks use the drug at similar rates, even though African Americans shoulder most of the legal burden.