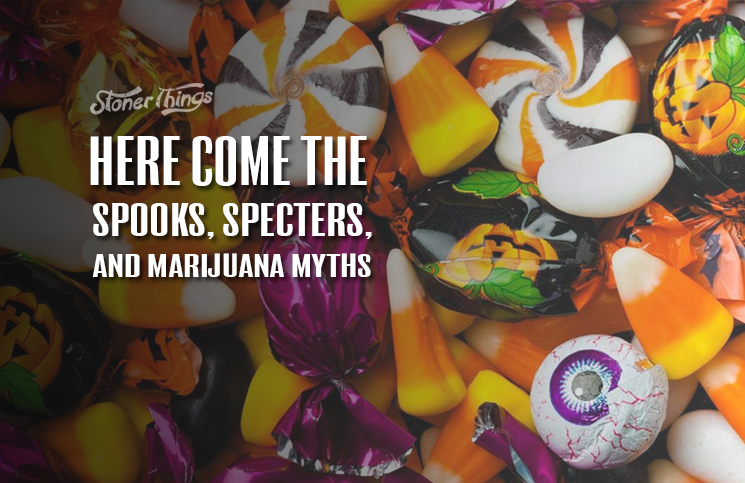 Police and health officials apparently have no plans to disappoint on that front in 2016. Poorly informed government agencies have already sent out the year’s supply of bogus rumors about sociopaths planning to lace their Halloween candy with THC – or at least the occasional schlub who confuses weed brownies and Mars bars.

The latest alert comes from Florida’s poison control officials, who said parents should keep their eyes open for cannabis candy on Halloween. Coincidentally (or not), the warning went out two weeks before a statewide vote on medical marijuana.

“I think it’s very unlikely that it would happen intentionally,” said Alfred Aleguas, director of the Florida Poison Information Center. “I think it’s certainly possible with an accidental – accidentally, that could happen.”

It never has. There has not been a single credible report of accidental underage cannabis consumption by way of Halloween candy, anywhere. The same is true of other dark rumors about the holiday, including tales of razor blades in chocolate bars.

The Florida Sheriff’s Association issued a warning of its own, as did many other local and state police agencies across the country. But the issue has raised special concerns in the Sunshine State, where a vote on medical marijuana is just days away.

“Anything like that that interfaces with something on a ballot is going to be perceived as highly political,” Susan MacManus, a professor of political science at the University of South Florida, told WFTS TV of Tampa. “On the other hand, we have a pretty good history [in which] concerns about objects and things in children’s candy is something that we talk about.”

But that’s exactly the problem: Police bang the drums over the threat of pot candy every October despite a lack of evidence that it has ever happened. These claims naturally arise in October, often shortly before votes on cannabis reform, a fact that raises the possibility of political fear-mongering.

Similarly baseless rumors about candy tampering with other drugs or sharp objects have caused countless parents unnecessary alarm over the years. In some cases, adults may deny their children the chance to trick-or-treat out of misplaced concern about weed candy.

There are a few simple reasons you will never encounter laced Halloween sweets. For one thing, states where pot is legal have adopted tough new labeling and packaging rules to reduce the risk kids will accidentally eat cannabis edibles.

For another thing, no parent is likely to unwrap marijuana candy and then drop it in a bowl full of Snickers Fun Size bars and Reese’s Peanut Butter Cups. Homeowners these days don’t usually hand out unwrapped treats on Halloween, intentionally or otherwise.

Finally, most parents just aren’t dumb enough to confuse THC edibles with real candy. Children do sometimes eat marijuana-infused food without realizing it, but those cases are rare, and none has involved Halloween candy.

If you’re a parent and you really need something to worry about Oct. 31, try to limit your fears to traffic, obesity, and cavities. Tooth decay is more likely to land your kid in the hospital than marijuana gummy bears.

Tell us what you think: Why do police and other officials spread the myth that Halloween candy could be laced with cannabis? Leave a comment below.