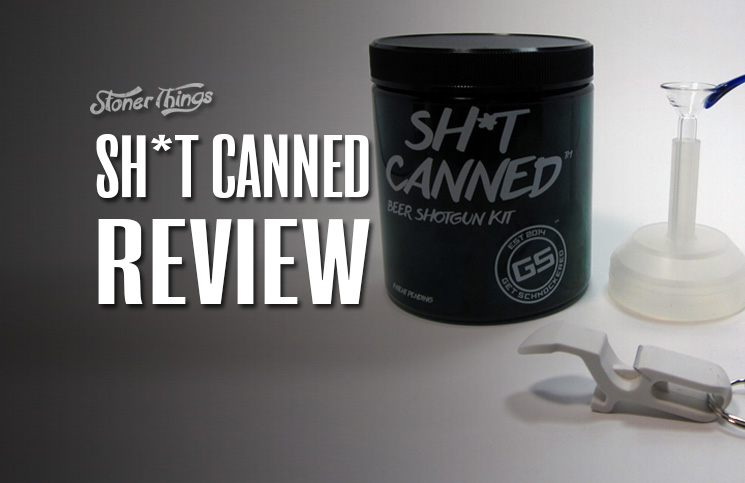 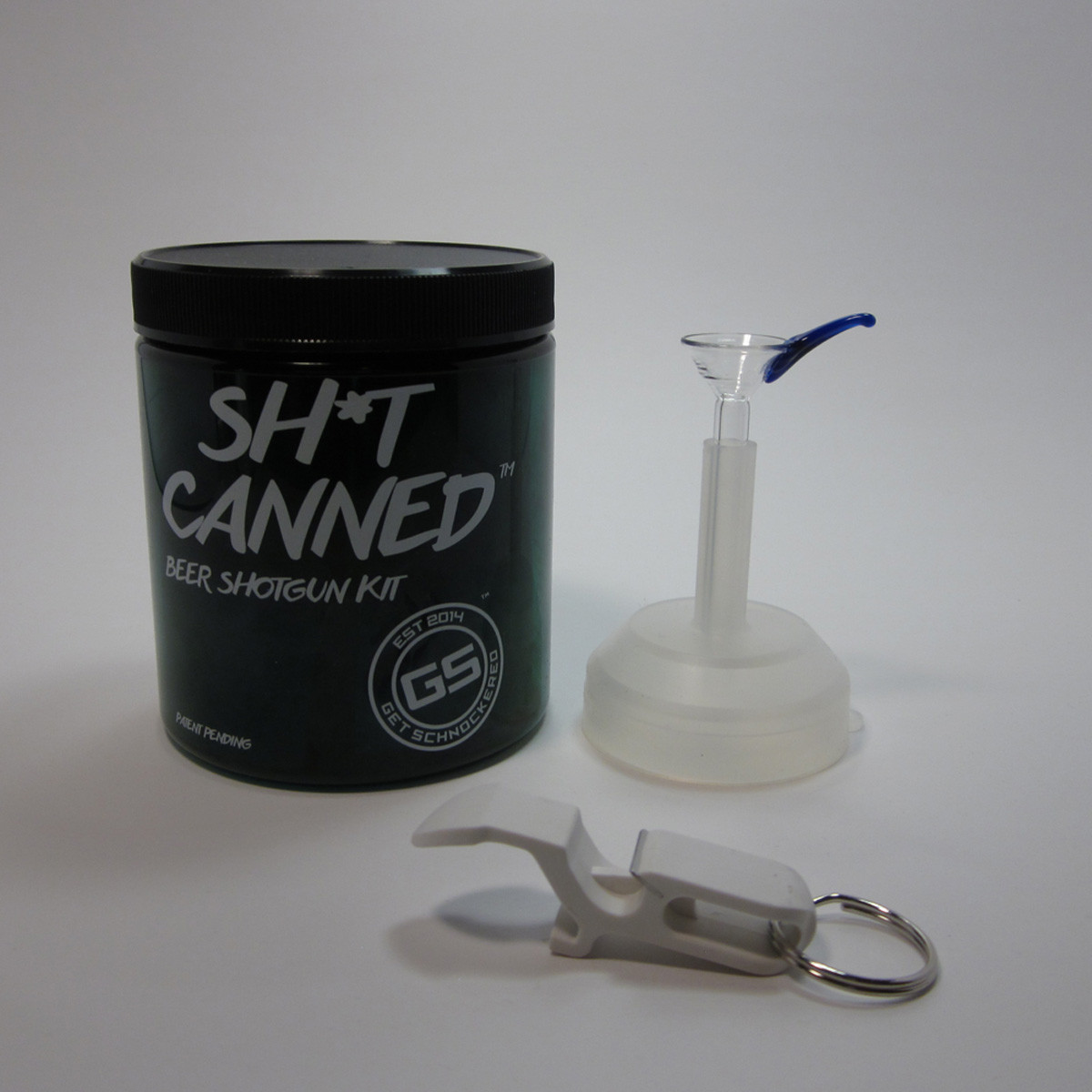 Like most longtime cannabis aficionados, you have likely had to smoke from a soda or beer can once or twice before, and perhaps may have even been inspired to do so on your own with no encouragement from anyone else. Smoking from drink can pipes are pretty much how most every stoner started out, and apart from rolling papers, dented aluminum cans are as much a part of any novice smoker’s arsenal as a Bic lighter.

Beer cans themselves can be used to shotgun beers, apart from their primary function of holding the beer. By punching a hole into the bottom of a can and unleashing the contents quickly by pulling off the tab, what is normally a fairly simple act of drinking a beer becomes more festive, more entertaining, and a lot more fun.

As useful as beer cans may be, you will outgrow them at some point in favor of a ‘serious’ pipe. Before that time comes however, you might want to give Sh*t Canned a try. Combining the robust chug of a beer shotgun with the heady lungful of a good gravity bong hit, the Sh*t Canned could very well find its way into your life.

Sh*t Canned is an ingenious device that is equal parts gravity bong and beer bong. Comprised of a single silicon-topper-with-glass bowl mechanism, the device can be attached to a typical beer can, giving you the benefit of a beer shotgun and a huge lungful of your favorite bud at the same time.

How does it work?

1.  The way Sh*t Canned works is simplicity in itself. The first step is to punch a hole in the bottom edge of the beer can, as you would in preparation for a shotgun. You can do this with a knife or a letter opener, or even just a ball point pen.

2.  The second step is to cover the hole you just punched by placing your thumb on it, and opening the can carefully by pulling off the tab. Make sure that the beer doesn’t spill through the hole!

3.  After opening the can, keep your thumb on the hole. You then slip the Sh*t Canned mechanism (which should ideally be loaded with your herb of choice at this point) into the tab-hole.

4.  Get into position and be ready to chug at the beer. The can should ideally be held at a slightly elevated position. To light the bowl of the Sh*t Canned, have a friend stand in front of you and light it up as you position your mouth close to the hole at the bottom of the beer can. At its point, you simply chug down the beer as quickly as possible, while suction and gravity takes care of the rest and pumps the smoke into your lungs.

In theory, Sh*t Canned actually works pretty well. In fact, a little practice should be enough for you to get excellent performance out of it. Nevertheless, the device essentially means that you will still be smoking out of a can. If this is acceptable to you at this price range, Sh*t Canned will make a worthy addition to your toolkit.