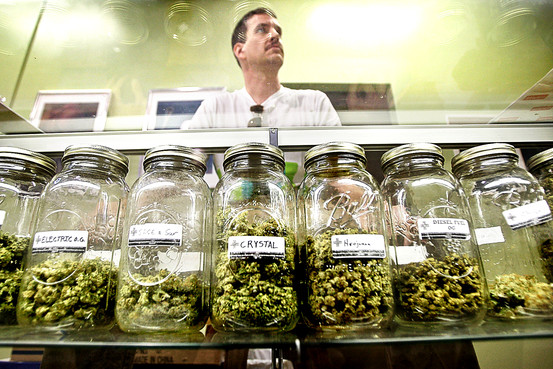 “We have over 200 appointments booked so far” with 600 patients, Thomas said.

The New Jersey Legislature made medical weed legal in 2010, but the first dispensary didn’t open until December 2012. State officials who opposed the law attempted for years to stall it, but it ultimately went into effect when the Greenleaf Compassion Center opened in Montclair in North Jersey. 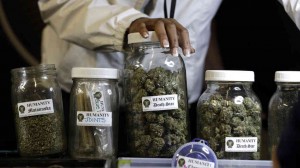 That left New Jersey patients only one place to buy their medicine – and it was forced to shut down for two weeks this summer to deal with supply problems. In the meantime, it took nearly a year longer than anticipated to open the Compassionate Care Foundation.

A third facility is set to open in November in Woodbridge Township in Central Jersey. And talks are underway for three more dispensaries across the state.

New Jersey’s medical cannabis program currently provides medication to more than 1,300 registered patients, with more than 240 doctors participating. The Montclair dispensary, and now the Egg Harbor facility, have experienced a crush of patients since opening.

Thomas said that when each of the first three dispensaries is open, residents will no longer have to drive long distances across the state for weed.

“We’re not in competition,” he said. “We’re a nonprofit. We’re just trying to get medicine to people.”

Thomas said the foundation is ready to meet patient needs. The dispensary has more than 1,000 ounces on hand and another 300 or 400 ready to harvest in the next few weeks.

And there’s room for growth. Thanks in part to a $350,000 grant from the state Economic Development Authority, Compassionate Care Foundation will eventually be able to harvest enough plants to serve 2,000 patients a month.

In New Jersey, medical pot is available to patients who suffer from debilitating conditions such as ALS, muscular dystrophy or terminal cancer. A doctor’s recommendation is required. Once a patient is approved and registered, an appointment is made with a dispensary. Walk-in purchases are prohibited.

Nineteen other states have enacted medical marijuana, including two that have legalized all weed. Though cannabis remains illegal under federal law, the Obama administration has said it won’t interfere with states that make medical or recreational pot legal, as long as they enforce certain federal priorities.