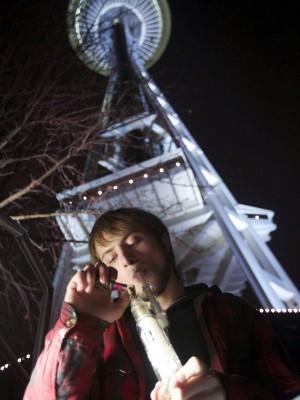 Toke weed in public in Seattle and Johnny Law will find you. And he’ll make you pay $27.

The Seattle City Council voted Dec. 16 to set the fine that will be levied against scofflaws who violate the city’s ordinance against public consumption. It’s the same amount paid by people caught consuming booze in public. 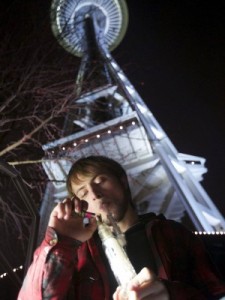 Under the legislation, the Seattle Police Department will try to issue warnings wherever possible before writing tickets. Police must keep track of the age, race and sex of people who are cited, as well as the location of any citations so the council can judge whether the law is being applied fairly.

“When I-502 legalized recreational marijuana use in Washington State, it also created a fine for consuming marijuana in public,” said Council Member Nick Licata. “The best long-term protection for legal marijuana is to move forward responsibly. Setting a reasonable fine, noting officers will be giving warnings, and studying the impacts strikes a good balance.”

Seattle’s fine is rather low. Initiative 502, which legalized weed in Washington, set a $50 state fine for public consumption.

Washington was one of two states whose voters made pot legal in 2012. The other, Colorado, will start selling marijuana out of retail stores Jan. 1, while Washington’s stores will open in the spring.

In Denver, a city with almost exactly the same population as Seattle, the city council recently approved a $100 fine for first-time offenders who are caught smoking in public. Second offenses come with a $500 fine, while third offenses carry a $999 penalty.

In 2011 Seattle passed its first cannabis ordinance, requiring that manufacture, production, processing, transportation, delivery, dispensing, possession, application and administration of weed must comply with city laws. Even before legalization, the city was one of the most welcoming to medical marijuana dispensaries, which have been plagued by government persecution in Washington.

The state is currently processing license applications for the stores that will open as early as March 2014. In Colorado, meanwhile, the few stores hoping to open New Year’s Day are awaiting final clearances from local governments.

Though marijuana is already legal in both states, it remains illegal under federal law. Until recently, it was the policy of the federal government to raid and prosecute even medical marijuana providers protected by state law.

But the Department of Justice announced in August that its agencies would no longer do this and wouldn’t interfere with the legalization policies of the states as long they all adhere to eight federal priorities, such as limiting drug violence.