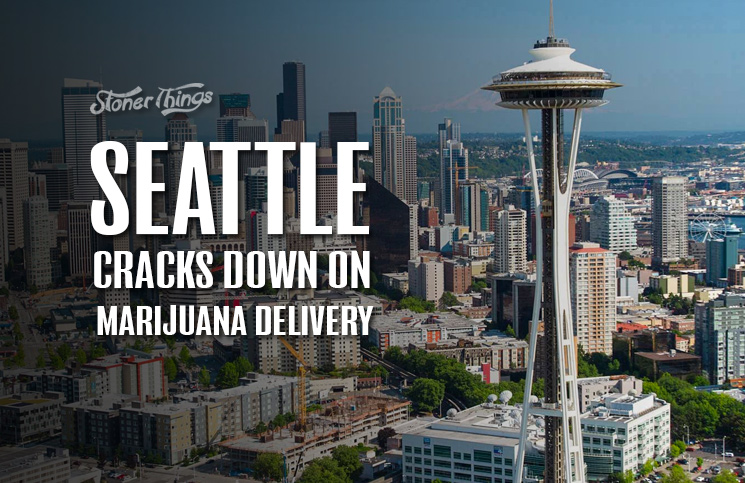 Authorities in Seattle have launched an enforcement campaign to punish illegal marijuana delivery services that operate in the city.

Seattle City Attorney Pete Holmes said in May that his office had filed criminal charges against eight people the month before after determining they were illegally selling cannabis by way of delivery services. Marijuana is legal for both medicine and recreation in Washington, but delivery services are prohibited.

The eight defendants were charged with engaging in a cannabis business without the necessary business licenses required by the city’s municipal code, Holmes said. The ordinance, passed by the Seattle City Council last year, levies misdemeanor penalties of up to 90 days in jail and $1,000 in fines for criminal violations.

Washington voters legalized marijuana in November 2012, making theirs one of the first two states to do so (the other was Colorado). Two others, Alaska and Oregon, have since followed suit, as has the District of Columbia. More than a dozen more states could vote to legalize in November, including California.

Earlier in 2016, Homes joined Seattle Mayor Edward Murray in asking the Washington Legislature to allow licenses and regulations permitting marijuana delivery services. But they also said they would crack down on illegal, unlicensed services in the city and force them to close immediately.

Lawmakers failed to act on the suggestion by Murray and Holmes during this year’s legislative session, but Holmes has continued to push for new laws to allow delivery licenses and regulations. Until then, he says, he will keep pushing criminal enforcement against services that operate illegally, saying they unfairly compete with licensed marijuana retailers operating throughout the city.

State and local officials have licensed 32 pot shops to sell cannabis in Seattle. Though delivery has always been illegal in Washington, they remain very popular. Many allow customers to place orders by mobile apps and wait for their marijuana at home.

Allowing the businesses could make life much easier for consumers. But it could also cut down on racial discrimination by reducing disparities in marijuana arrest rates stemming from delivery services. Still, Homes said, it’s only fair to demand all providers operate by the same rules.

“Prohibition disproportionately impacted communities of color while doing little to address the harms caused by the illegal drug trade,” Holmes said. “But licensed businesses that play by the rules and pay their taxes deserve protection from criminal enterprises.”

No state officially allows delivery services, though they are common in many places – especially Washington and California. They are also hard to police, as law enforcement has no way of knowing when and where deliveries will be made. At the same time, carrying cannabis and cash on delivery routes can be dangerous for drivers who are not protected by the law.