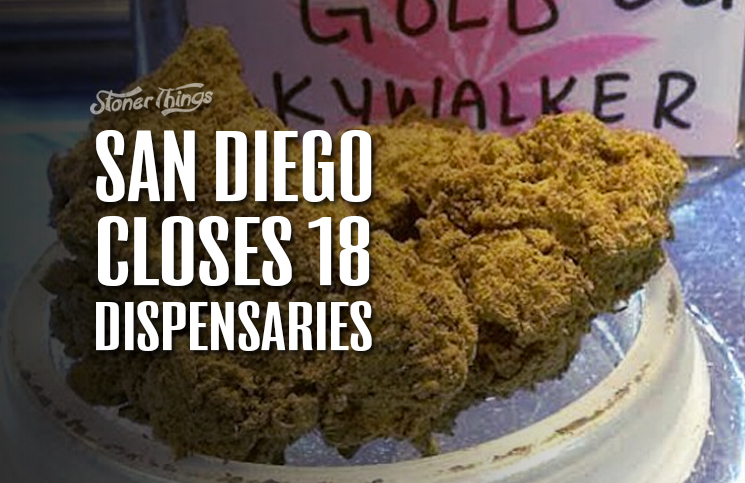 Officials in San Diego are apparently dead serious about their promise to shutter unlicensed medical marijuana dispensaries in the city.

Since the start of the year, the city has forced 18 medical weed dispensaries to shut their doors, including one that tried to reopen several times after it was first closed. The city attorney, Jan Goldsmith, said the closings were part of a push to limit how many marijuana dispensaries do business in San Diego.

Last year city officials adopted a new ordinance that will allow a small number of pot shops for medical patients. The first legally sanctioned dispensary could open later this spring.

“We believe there are other dispensaries operating illegally in San Diego beyond those that have been referred to us for prosecution,” Goldsmith said. “When cases on those other dispensaries are investigated and brought to us by the San Diego Police Department or Code Enforcement Division, we will close them down and obtain monetary sanctions.”

Last fall, the city issued its first MMJ license to David Blair, owner of A Green Alternative, which could open its doors in a matter of days. It could be substantially longer before additional shops are allowed to open.

The San Diego City Council passed an ordinance last year that allows up to four collectives in eight of the city’s nine council districts; officials said it wasn’t practical to allow dispensaries in the ninth district. At most, residents in this city of 1.4 million will have just 32 dispensaries to choose from, a fact that could make life more difficult for patients who can’t easily travel.

San Diego officials have long been quite hostile to medical marijuana and the patients who use it. A previous mayor rigidly enforced an outright ban for several years. His successor stopped the crackdown and openly allowed dispensaries, but he was brought down by a sexual harassment scandal.

The current mayor, Kevin Faulconer, has said he supports patients but will enforce the ordinance adopted by the council last year. Goldsmith said her office would continue to clamp down on unlicensed shops.

“There is no justification for violating the law or violating a court order,” she said. “The city of San Diego now has zoning for dispensaries under certain approved conditions and operators must follow the law. We will continue to close down dispensaries that violate the city’s zoning laws.”