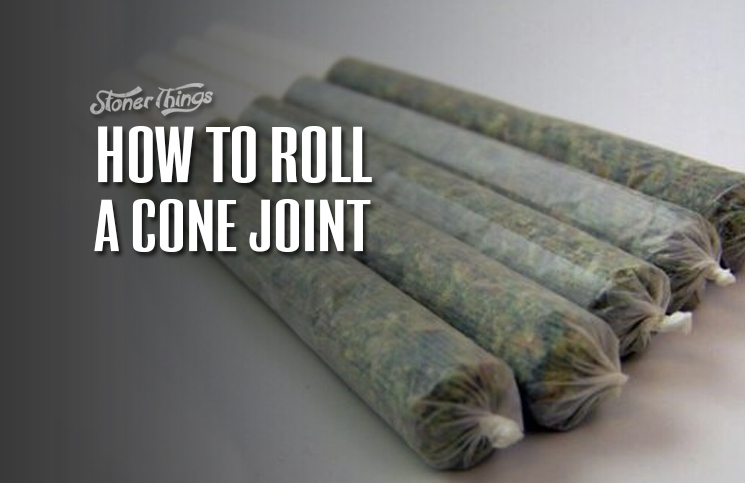 Ever thought about learning how to roll a cone joint? You’ve come to the right place! Here, we provide a clear and easy-to-follow guide on how to roll that most revered form of marijuana cigarette, the cone joint. Also known as a “Dutch” joint or a “Danish Tippy and Cone”, cone joints have a characteristic cone-shaped appearance from which the name is derived. 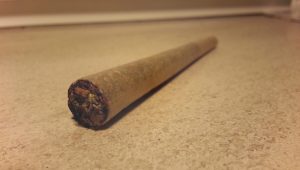 Although it’s doubtful whether or not rolling a joint in such a way will have any perceptible benefits with regard to potency or efficiency, there is no denying that it makes for a great conversation starter. Besides that, cone joints look undeniably cool! So, if you are eager to make a splash at your next get-together or are simply looking for a new way to enjoy your bud, here are some simple steps showing how to roll a cone joint.

The simplest and most basic way to roll a cone joint is to simply fill up the center of your rolling paper with finely ground bud as normal, and to roll the paper diagonally instead of evenly. If you do this correctly, the weed will be distributed in such a way that one end will contain considerably more bud than the other.

The thicker end is where the joint will be lit, while the narrow end is naturally where you inhale the smoke from. That’s about as simple as it gets, and you should be able to get the hang of it in no time.

A popular variation of the cone joint is the Dutch method, which involves rolling the paper “backwards”. Rolling a cone in this way will result in much less paper wrapped around the joint, reducing the flavor and possible ill-effects of inhaling burned paper. As a natural result, the Dutch method will allow you to enjoy a tastier, less tainted smoke.

Follow the steps below to roll a Dutch cone joint. This method comes with our highest recommendations.

1.   After placing the paper on a flat surface with the glue strip facing downwards, empty your weed onto it.

2.   Pick up the paper with the glue strip facing towards you. Roll it between your fingers as usual in order to distribute the weed evenly, gently fashioning it into a conical shape.

3.   With the weed properly distributed, continue to gently roll the joint until the glue strip is sitting right at the edge of the weed. Tuck the rest of the rolling paper in using your fingers, and roll the joint upwards. Keep rolling until the desired cone shape is achieved, making sure that you don’t crease the paper in the process.

4.   If you have followed the steps closely, there should only be a single layer of paper between you and the glue strip, which is now facing upwards. Moisten the glue through the paper and press the adjacent surface gently into the glue. Make sure that it bonds properly and completely seals the joint.

5.   The final step is to tear away the excess paper, taking particular care not to break the seal in the process. If necessary, massage the joint gently in order to get the desired shape.

And that’s how to roll a cone. Got any questions? Leave them in the comments.