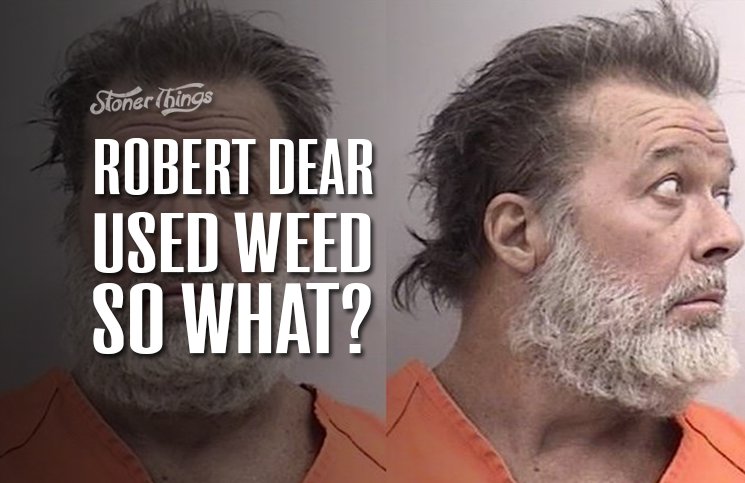 The man accused of killing three people outside a Planned Parenthood clinic in Colorado apparently enjoyed marijuana, and anti-drug activists are making hay out of the fact. Elsewhere, humanity asks: So what?

Robert Dear allegedly opened fire Nov. 27 outside the clinic in Colorado Springs, injuring nine and killing three, including a police officer who returned fire. Dear was arrested at the scene and faces first-degree murder charges and a potential death sentence.

Asking why men like Dear erupt is a hopeless task. The toxic stew of unresolved anger, untreated depression, and petty grievances that lead to mass killings are unique to each shooter. But there’s one thing we know for sure: Marijuana didn’t make him do it.

Try telling that to the drug war crowd. After The New York Times reported that Dear enjoyed smoking marijuana when he lived in North Carolina, activists went to battle. Some of them even tried to blame cannabis for the terrorist attack in Paris and the Dylann Roof shootings in South Carolina.

Anti-drug advocates immediately pointed to a study published earlier this year in the journal Lancet Psychiatry that claims a link between high-potency marijuana and psychotic episodes. The paper’s conclusion, that cannabis might cause psychosis, has been roundly rejected by scientists elsewhere. Among other flaws, the study failed to account for the possibility that people who are already predisposed to mental illness are also already predisposed to use cannabis.

Even if the study’s results are sound, its portrayal in the media – as proof marijuana leads to mental illness – is wildly inaccurate. But that’s hardly enough to stop an angry drug warrior.

From Stop Pot 2016, a California group, on social media: “CO shooter was a POT smoking oddball! How can the FBI and ATF ignore another ‪#‎marijuana‬ link to this deranged killer? A recent study from Kings College London found that skunk ‪#‎cannabis‬ severely damage the corpus callosum region of the brain causing psychosis and permanent mental illness. ‪#‎StopPot”

A headline on the group’s website suggests marijuana caused other mass killings, too. “Holmes, Aurora shooter, had marijuana history.”

True, but only if you count a single instance. A neighbor told a New York tabloid around the time of Holmes’ trial that he had seen him smoking up behind his apartment. There was no proof Holmes used on any kind of regular basis, let alone that the drug played any role in his crimes. Holmes has been diagnosed with schizoaffective disorder, a severe mental illness similar to schizophrenia, and even prosecutors acknowledged his disease led to the killings.

False claims of links to cannabis use 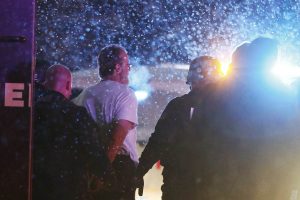 Another group, Parents Opposed to Pot, went even further than Stop Pot 2016, claiming the recent murders in South Carolina and Paris, and even the 1995 bombing in Oklahoma City resulted from cannabis use.

“Robert Dear may have been one of the many discontents who relocated to Colorado because (of) the marijuana available there,” the organization’s Facebook page says. “The latest mass shooter (Planned Parenthood clinic) appears to be a long-time marijuana user who, like (Paris attack suspect Salah) Abdeslam, was not especially religious according to ex-wife. The link between Robert Dear, Dylann Roof, some Paris attackers, the Chattanooga shooter, Tim McVeigh — long persistent marijuana use and then finding an ideology to give them meaning.”

There are plenty of other examples. Marijuana advocates quickly noted that these arguments are based entirely on assumptions that don’t hold up.

For one thing, absolutely none of the evidence released so far suggests Dear moved to Colorado specifically for the legal cannabis. For another, his ads only prove that he was smoking marijuana while living in North Carolina, not that he consumed any before the shooting.

“To oversimplify the issue to that degree is really problematic, and I think the majority of people see through that oversimplification,” said Paul Armentano, deputy director of NORML. “To try and claim a causal role of someone’s use of cannabis at some point in time to an act of aggression later on in their life is not only specious but also highly misleading.”