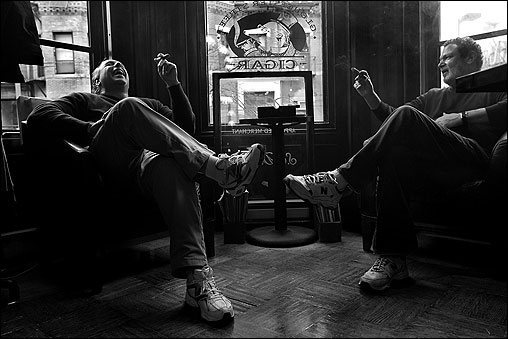 Could the smoke room be on the verge of a comeback at a workplace near you?

Well, probably not in the United States, where anti-smoking laws are firmly entrenched. But in Canada, where medical marijuana is the law of the land and patient numbers have been climbing for years, some say it’s only a matter of time.

“We think this is going to be a big issue,” said Kecia Podetz, a partner at the employment law firm Emond Harnden LLP in Ottawa. “There is an immediate reaction, because historically we don’t allow employees to smoke marijuana in the workplace.

But, once you get past that and think, ‘This is a prescription from a doctor and it must be treated like any other prescription,’ all the usual accommodations come into play.”

Tobacco use is banned in most places in Canada: parks, restaurants, bars, and workplaces. Any public consumption of cannabis is banned by Health Canada, but not by federal or provincial law. Still, no-smoking laws generally apply to weed as well as tobacco.

The workplace was long a key focus of anti-smoking efforts. Doing away with smoking rooms in Canada and many parts of the United States was a major victory for anti-tobacco forces.

But laws in both countries protect the rights of disabled patients to obtain and use their medicine, on the job if necessary. That argument may be a long way from leading to smoke rooms in the United States, but they may not be far off in Canada.

Similar issues have already begun to arise in the Canadian medical marijuana system. The number of patients is growing rapidly, and in April the government started imposing a new MMJ system that removes most of the control from patients and local distributors and hands it to large commercial providers.

Last November, a corporal in the Royal Canadian Mounted Police, serving in New Brunswick, was stripped of his uniform after his superiors learned he was smoking medical weed on duty. Cpl. Ronald Francis suffered PTSD from a previous assignment and had a prescription to use 3 grams of pot a day to treat it.

There are currently more than 40,000 people using Canada’s MMJ program. 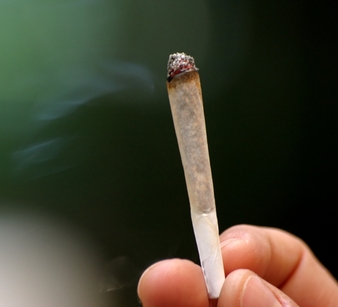 Medical marijuana is already well accepted in most of the country. The current government is skeptical of it, and hostile to the idea of full legalization, but public support for both is strong.

What the law requires in terms of employer accommodation varies from province to province, as do no-smoking requirements. So it’s too early to say where or even whether smoking rooms could reappear.

But businesses are quietly talking about the possibility, reviewing their plans for the coming years, and discussing their legal options. That’s good news because it means companies are thinking about weed as a medicine rather than an illicit drug, said Jamie Shaw, president of the Canadian Association of Medical Cannabis Dispensaries.

“There is still a lot of confusion around it,” Shaw said. “In terms of breaking stigma, this is really good stuff. It’s bringing a lot of those stigmas to light.”