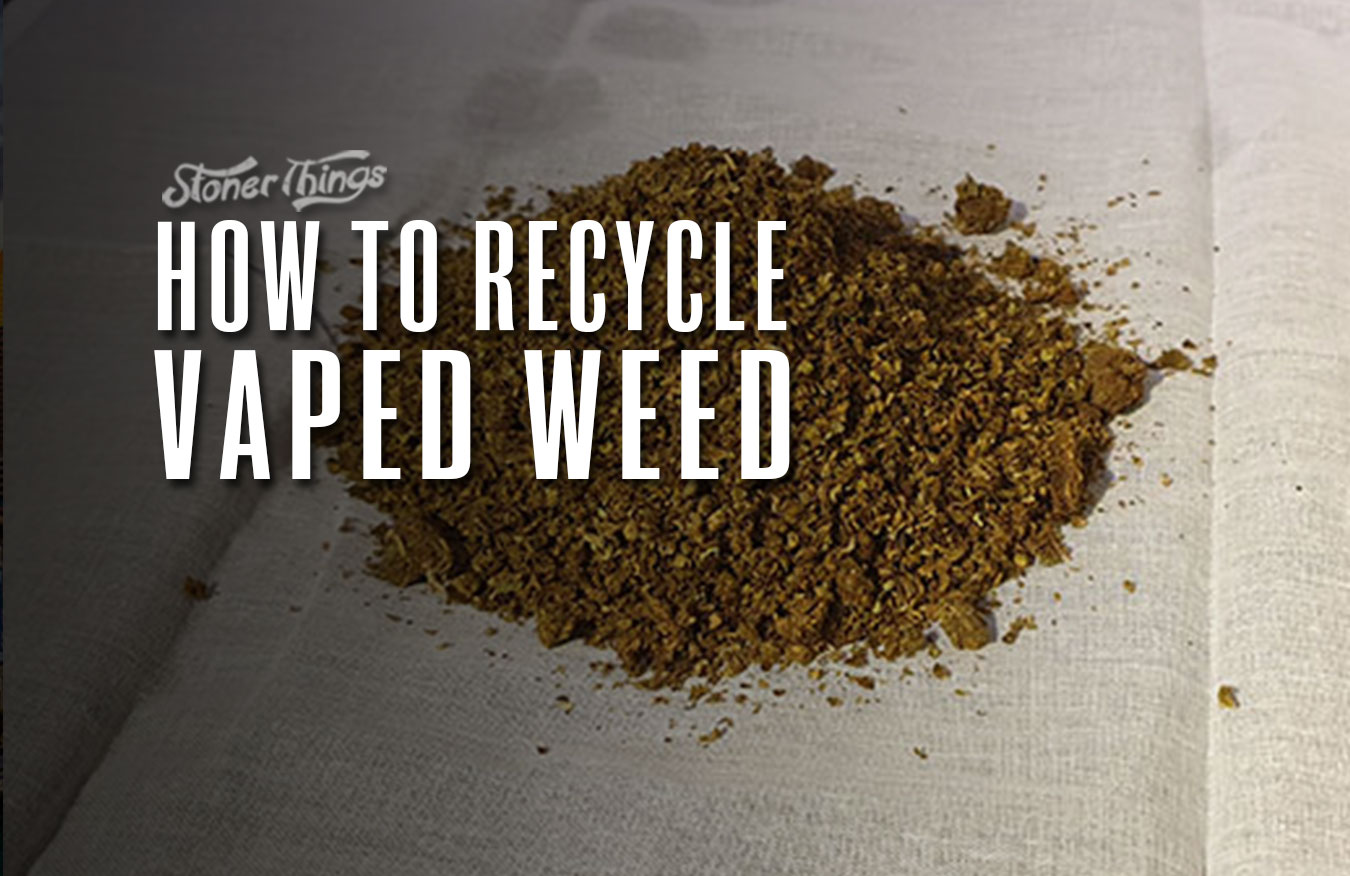 Where there’s a will, there’s a way. Presumably, since the beginning of time, humans have tried to reuse things. Or, so the analogy fits a bit better, we’re adept at scraping the bowl for any scraps left behind after the meal. If you have some primo bud you’ve been vaping, and you see what’s left, you’ve probably had the same idea — what can I do with that? Yes, there are ways to reclaim that AVB, aka Already Vaped Bud. There are almost as many ways to enjoy it as bud itself, you just have to keep in mind a few important things.

First, the crispy brown buds left over have already been heated, but not incinerated. That’s different than if you smoked it, which just leaves ash. OK, in bongs you may have some resin left over, but with vaporizing you wind up with a compound that still contains some cannabinoids. It just also contains some bitter remainders, which can make it a bit harsh in the flavor department. But the useful tidbit is that because it’s been heated, it has been decarboxylated and is ready to be consumed. Decarbing your weed makes the THC ready to be absorbed by your endocannabinoid system. Without decarbing pot, it doesn’t really have much effect on you. So that’s the good news!

Thanks to AVB being decarbed, it goes nicely into edibles of all kinds. You can make cannabutter by using regular butter (remember that cannabis dissolves nicely in fats), or use coconut oil to dissolve the stuff and make an easy-to-use compound when cooking or baking. Just like flower, you can grind it up and toss it in whatever you want. Just be aware that the flavor is more pungent than pre-vaped flowers. Thus, it works best in foods that have a strong flavor, like BBQ sauces or spicy foods. You can sidestep the flavor issue easily if you crush it up and put it in gel capsules, making a sort of time-release THC pill.

If you want to remove some of the harsh flavor, you can “water cure” the AVB as well. It takes a few days, but it’ll suck out all the gross flavonoids that crept in while being burnt. Oh, and a word about that vaporizer — if you burn buds at high temps there might not be anything left to consume. In other words, if you heated your flower up beyond 450 degrees, you may as well toss it.

To water cure your AVB, put the stuff in cheesecloth or even a reusable tea bag. You want to seal it in there and let it soak in water for a few hours. You’ll see the water darken, so keep changing the water regularly. Do this for up to four days, and it will leave you with some very water-soaked AVB. Spread that out on a baking sheet and pop in the oven at low temperature (200 degrees at most) for a couple of hours. Make sure to change the water frequently before the oven, and check on the process in the oven every half hour or so in case you have to flip it over to prevent more burning. This upcycled AVB should taste better, or at least not as gross, and can be sprinkled in whatever you like, from ramen to spaghetti to your morning toast.

Speaking of mornings, you can add AVB to your coffee or tea, or make a tincture to last longer. You can make Rick Simpson Oil, but it’s important to keep in mind AVB isn’t nearly as clean as normal marijuana, so this will yield a lot less good oil. But you can also smoke AVB. Yes, that’s a last resort, but it’s the simplest, most direct way to get any remaining cannabinoids into your system. It leaves behind only ashes. The taste won’t be great, but it gets the job done.