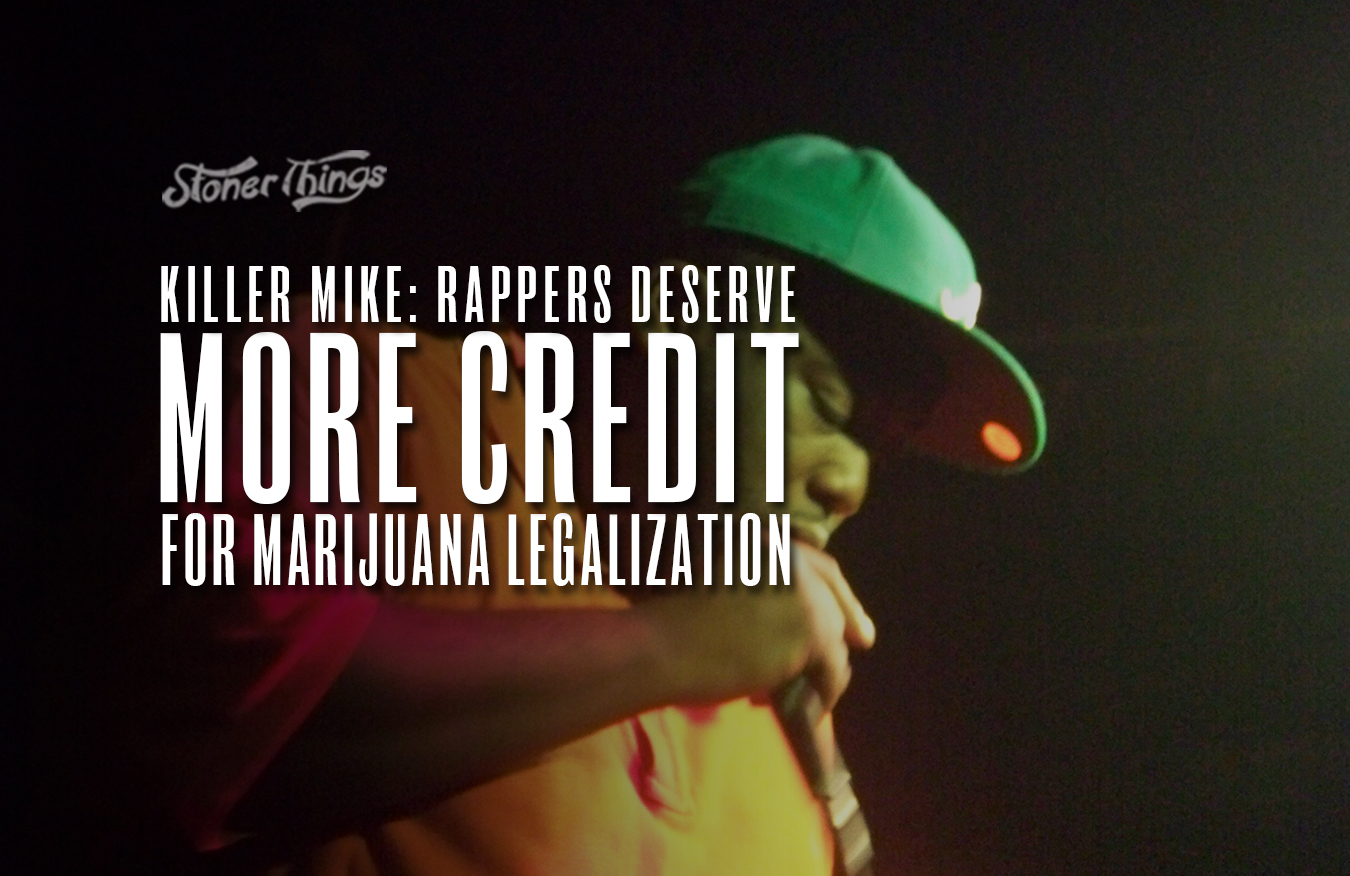 Art reflects many things in society. Art can reflect culture, or examine the timeless questions of existence. Quite often, art comments on politics. Perhaps one of the most notable art forms that routinely mixes art and politics: Rap. The 90’s-era “gangsta rap” originated as protest against the harsh tactics of the Los Angeles Police Department as the city moved aggressively against gangs at the direction of then-chief Daryl Gates. Rappers have led the field in music about police brutality, but also unfair policy around marijuana. Entire bands have dedicated themselves to cannabis culture, like Cypress Hill, who became global hitmakers in the 1990’s. Now, Killer Mike from Run The Jewels is pointing out the role rap played in legalization — and it’s a good moment to reflect on their contribution.

Marijuana Moment broke the news of Mike’s comments during a free speech panel that had been organized by the Washington Post. Other members of the panel included Senator Ted Cruz, journalists, and legal experts. He rightly points out the fact that Johnny Cash was more likely to beat a criminal charge of possession than Redman. Communities of color, specifically rap artists, put their freedom on the line by rapping about cannabis culture years before the public sentiment turned in favor. As a result, more minorities were jailed and there are still higher barriers to participate in the legal cannabis industry, even in states where convictions are being overturned.

Earlier this year Killer Mike, Meek Mill, and Chance the Rapper submitted a brief to the U.S. Supreme Court explaining the power of lyrics and how important it is to protect them under the First Amendment after a rapper was convicted of threatening the Pittsburgh police in a song.

Still, politics and art get complicated. One of the difficult things about politics is that a law may be drafted in a way that doesn’t make everyone happy. Some call this compromise, and others just reject it entirely. In the case of legalization in California, you might think the members of Cypress Hill would have rejoiced when it went on the ballot. Yet, B-Real from Cypress Hill actually opposed Prop. 64, which paved the way for retail sales and legalized use for adults over 21 in the state. Funnily enough, B-Real wound up profiting off the law — which passed by 57% — by opening up his own store about a year later.

There’s little question that minorities took the brunt of the drug war in the 1980’s and 90’s, but the bigger question is what to do next. For many states that have begun legalizing, that means expunging records that involve minor marijuana offenses, or overturning convictions. There are also incentives in some places to encourage people of color or former convicts to participate in the legal weed industry. After all, if a grower was skilled in the 90’s why punish them now that times have changed?

It’s good to hear artists like Killer Mike drawing attention to these issues, but even better to see state legislatures doing what they can to reverse mistakes of the past.