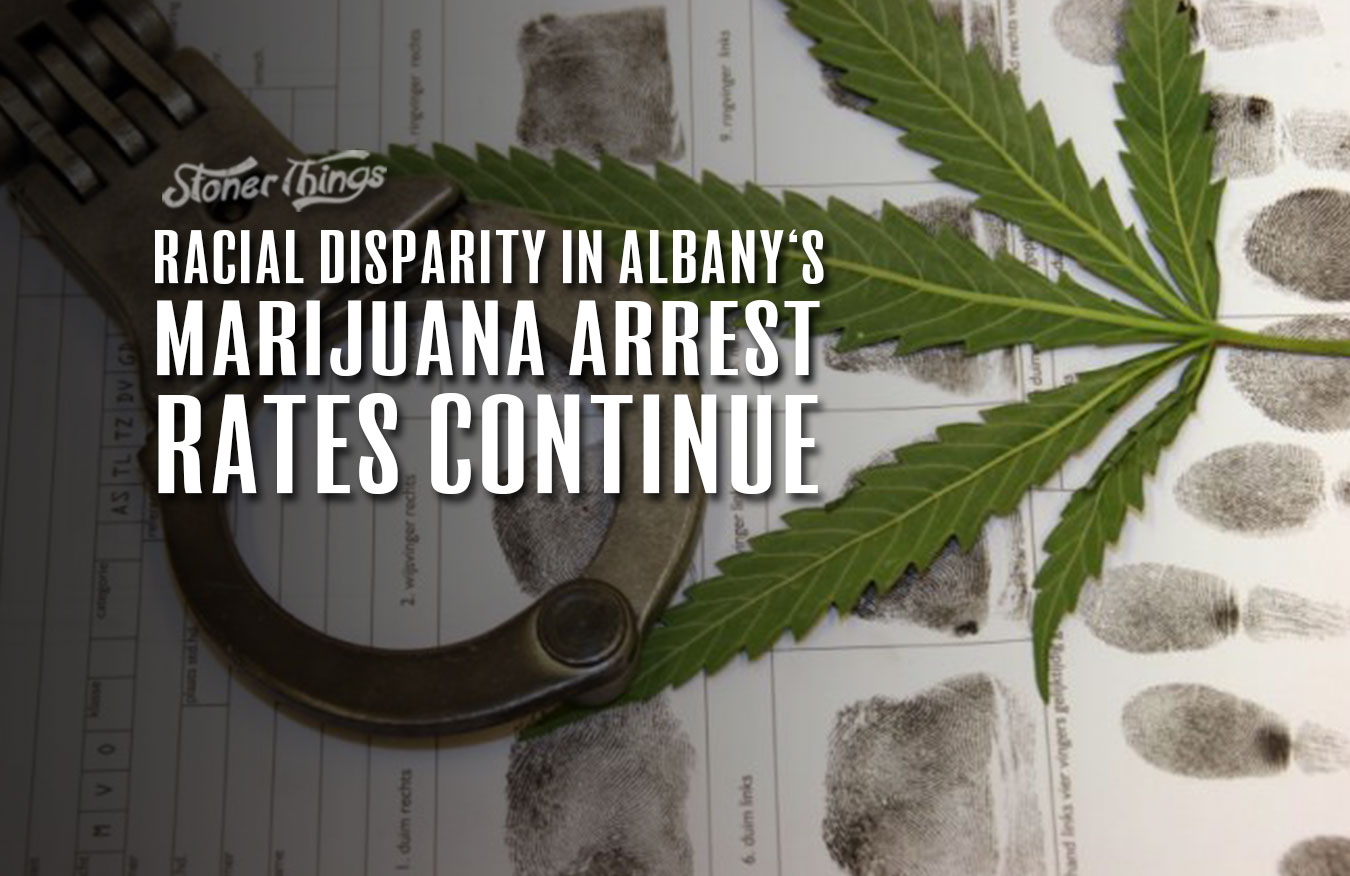 It should come as no surprise that criminal justice reform is sweeping the nation, and many efforts are tied to new legislation around legalizing marijuana. However, enforcement of drug laws have long been inordinately focused on minority populations, and incarceration rates confirm a system that is ultimately tilted one way. In a country that claims “justice is blind,” it’s a sign that progress still needs to be made. After Ferguson erupted in clashes between cops and protesters, many cities took a hard look at their own policing efforts. Many cities found that cops were more likely to pull over black citizens, or bust them for minor offenses. In past years, the theory had been that low-level crimes lead to bigger crimes, so busting a guy smoking weed would of course lead you all the way to the kingpin. Thankfully, very few people espouse this theory today. And yet, Albany, New York, can’t seem to shake the uneven policing several reports — from the ACLU and NAACP — warned about.

A report from the ACLU tells the story in big, bold graphics right up top. America arrests blacks at a higher rate than whites. Obviously one might think, “well maybe more blacks are smoking weed” but that just isn’t the case. One of the report’s key findings: “On average, a Black person is 3.64 times more likely to be arrested for marijuana possession than a white person, even though Black and white people use marijuana at similar rates.” The problem isn’t a disproportionate amount of crime, it’s a disproportionate response to the same levels of crime. It’s the rate that’s the problem, and one that doesn’t seem to be getting fixed.

The ACLU report, “A Tale of Two Countries,” paints a bleak picture of law enforcement around the nation for people of color at large. Specifically, High Times honed in on Albany, New York, because the city’s own statistics show the problem, and after promises by the chief of police and mayor to investigate, not much has changed. But the article notes that the chief has focused on violent crime, and appears to mention in an offhand way, “It’s not surprising to me that when we’re concentrating on addressing violent crime … we’re going to pull in some marijuana-related issues.” Really?

It seems, first of all, that Albany’s police chief, Eric Hawkins, who is black, is stuck in the past. One where marijuana use was “linked” to violence. Study after study has dispelled the myth that smoking pot causes violent crimes, but here we are. Unfortunately, officials in Albany say that reform efforts have been hampered by the pandemic. For her part, Albany Mayor Kathy Sheehan has repeatedly asked about the data, and said she would investigate. Her record indicates she may mean it, as she supported a ban on chokeholds and removed a statue of a slave owner from the front of city hall.

The problem is, Mayor Sheehan had a three-part plan to combat illegal fireworks but claims to continue to “look into” the disparity in law enforcement. And Albany is far from unique when it comes to a city saying it will fix things, but kicking the can down the road. One can only hope that the massive protests after the killing of George Floyd will continue pressure on municipalities to reconsider their enforcement and make progress towards more equitable solutions. If there’s one thing we learned in the Drug War, it’s that just stuffing people into jails is no solution.