Cannabis can do remarkable things. It can reduce pain, combat insomnia, induce euphoria and treat the effects of a wide range of diseases, from AIDS to multiple sclerosis. There are even some indications it can kill cancer cells and shrink tumors. 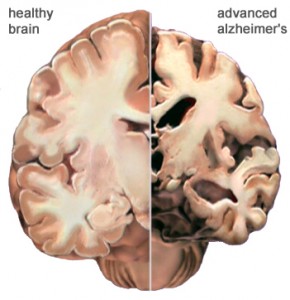 And now a well-known professor says there’s evidence one of the active compounds in marijuana could prevent Alzheimer’s disease. A small amount toked daily for a long period at some point in your life will probably protect against the development of the disorder, said Gary Wenk, Ph.D, a professor of neuroscience, immunology and medical genetics at The Ohio State University.

Regular, moderate use earlier in life “is probably going to slow the onset or development of dementia, to the point where you’ll most likely die of old age before you get Alzheimer’s,” Wenk said in an interview with LeafScience published Jan. 29.

Alzheimer’s afflicts more than five million Americans, a number expected to triple over the next 35 years. It’s ultimately fatal, the sixth leading cause of death in America, and one in three seniors will die with the condition or another form of dementia. The nation spent about $203 billion on the disease in 2013.

Alzheimer’s is caused in large part by inflammation in the brain. Inflammation is central to many other diseases, from Parkinson’s and MS to autism and schizophrenia.

Anti-inflammatories are often prescribed for their preventive effects, Wenk said. And marijuana is one of the oldest, strongest, safest anti-inflammatories available. THC, the psychoactive compound in cannabis, also works on the disease cycle of Alzheimer’s.

“If you do anything, such as smoke a bunch of marijuana in your 20s and 30s, you may wipe out all of the inflammation in your brain and then things start over again,” Wenk said. “And you simply die of old age before inflammation becomes an issue for you.”

Like aspirin for heart disease, marijuana could one day become a common preventive treatment for Alzheimer’s. Previous research has found marijuana is effective in treating the disease once it appears.

In a study published in 2006, scientists at the University of Connecticut found THC “could be considerably better at suppressing the abnormal clumping of malformed proteins that is a hallmark of Alzheimer’s disease than any currently approved prescription.”

Weed contains at least 85 active compounds, known as cannabinoids. The two most important are THC and CBD. CBD provides many medical benefits, as does THC, while THC is also the chemical that gets users high.

Medical marijuana is now legal in 21 states. Two of those, Colorado and Washington, have legalized recreational pot as well. Several states already allow Alzheimer’s patients to treat their disease with MMJ.