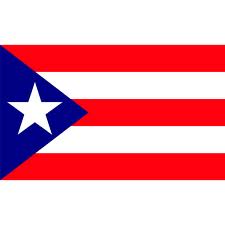 Say goodbye to MJ in PR.

Lawmakers in Puerto Rico let the legislative session end without passing a bill that would have decriminalized marijuana in the island territory. The bill was already approved by the Puerto Rican Senate, but the House of Representatives failed to act on it before the session expired.

The legislation would have reduced the penalties for cannabis possession to fines of between $100 and $500. There would no longer be jail time, though pot would still be illegal. Currently, a possession conviction carries a penalty of up to three years in prison and $5,000 in fines.

The bill’s author, Sen. Miguel Pereira, said he’ll reintroduce it in committee in the lower house during next year’s session.

“As leaders, we have to take the country where it has to go, even if they don’t like the path,” Pereira said. “Fear of change is a strong force.”

Two other lawmakers, Reps. José Báez and Carlos Vargas, co-sponsored legislation during the 2013 session that would have legalized medical marijuana. But their bill, like Pereira’s, ran into trouble when polls revealed a large majority of Puerto Ricans oppose any loosening of the shackles on marijuana policy.

That viewpoint reflects broad public opinion across much of Latin America, where traditional religious and cultural values conflict with the image of drug use. Even so, Uruguay is close to becoming the first country on Earth to legalize and regulate recreational pot – though opposition in that country has been slowly waning. And other Latin countries are considering similar approaches to stem the tide of blood from the cartel wars.

But in Puerto Rico, strong public disfavor was enough to at least stall reform. A poll released in November found a stunning 70 percent of Puerto Ricans oppose decriminalizing pot. About the same percentage oppose full legalization. And 60 percent are against even medical marijuana.

Authors of the two proposals say they’re trying to keep up with emerging national policy, regardless of opinion. Twenty states and Washington, D.C., have adopted medical marijuana, while two of them have fully legalized weed.

A third bill, which would legalize small amounts of pot for any personal use, has little chance of passing either house. It was introduced by a Senator who formerly served as a prosecutor and police chief. He said the government is wasting money on petty possession cases and filling its prisons with non-violent offenders. That bill is still in committee.