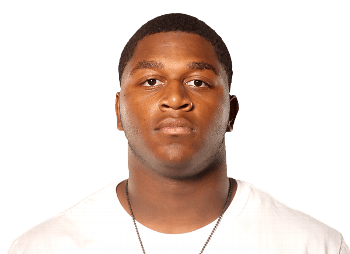 Prosecutors dropped marijuana charges against University of Kentucky defensive end Jason Hatcher because he completed a drug-education class, according to reports.

“He’s never had any sort of criminal charge before in his life,” said Scott Cox, Hatcher’s lawyer. “His case is scheduled to be expunged on Aug. 18.”

Campus police at the University of Louisville gave Hatcher a citation for marijuana possession May 26 at the apartment of James Quick, a wide receiver at the university and Hatcher’s former teammate at Trinity High School.

Police said they were responding to a complaint from a neighbor who smelled marijuana coming from Quick’s apartment. Quick was also cited for possession.

Campus officers said they found 42 grams of cannabis in the apartment, along with a grinder and a digital scale. Hatcher was cited for having 2.5 grams of weed in his pocket, while Quick was charged with possession of the rest.

Hatcher’s case was dismissed June 16 after a court appearance. Quick has a court date in early July.

University of Kentucky officials said they would discipline Hatcher if appropriate. They were waiting for resolution of the possession case, a spokesman said, and will make a decision “when all the facts have been determined.”

“Any further punishment will be handled internally,” said coach Mike Stoops, who is known for his anti-weed stance.

College football has struggled in recent years to deal with players caught using marijuana. So has the NFL. Both ban cannabis use by players, whether during the season or in their off time. 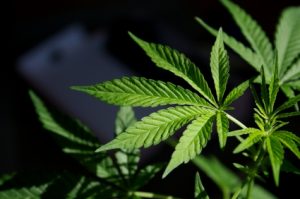 Earlier this year, the NCAA announced it would reduce the penalty for cannabis violations – from a full-season suspension to half a season. The organization also made possession cases subject to “campus intervention,” which is less likely to lead to suspension.

The NFL has likewise discussed lowering its penalties and raising the THC levels that trigger positive results on drug tests. The change is under negotiation between the league and the players, a process that started three years ago, so it’s not clear when or if it will take effect.

Aside from league penalties, individual coaches and teams at both the college and professional level have wide discretion in punishing players who use weed. In Hatcher’s case, that could mean a substantial penalty.

Tight marijuana restrictions have snared many players in recent years. Two Texas A&M players were arrested in February and charged with marijuana possession. They were later kicked off the team. In April, Alabama running back Altee Tenpenny was arrested on a possession charge.

Three Kentucky football players were charged with possession two years ago, along with a basketball player.