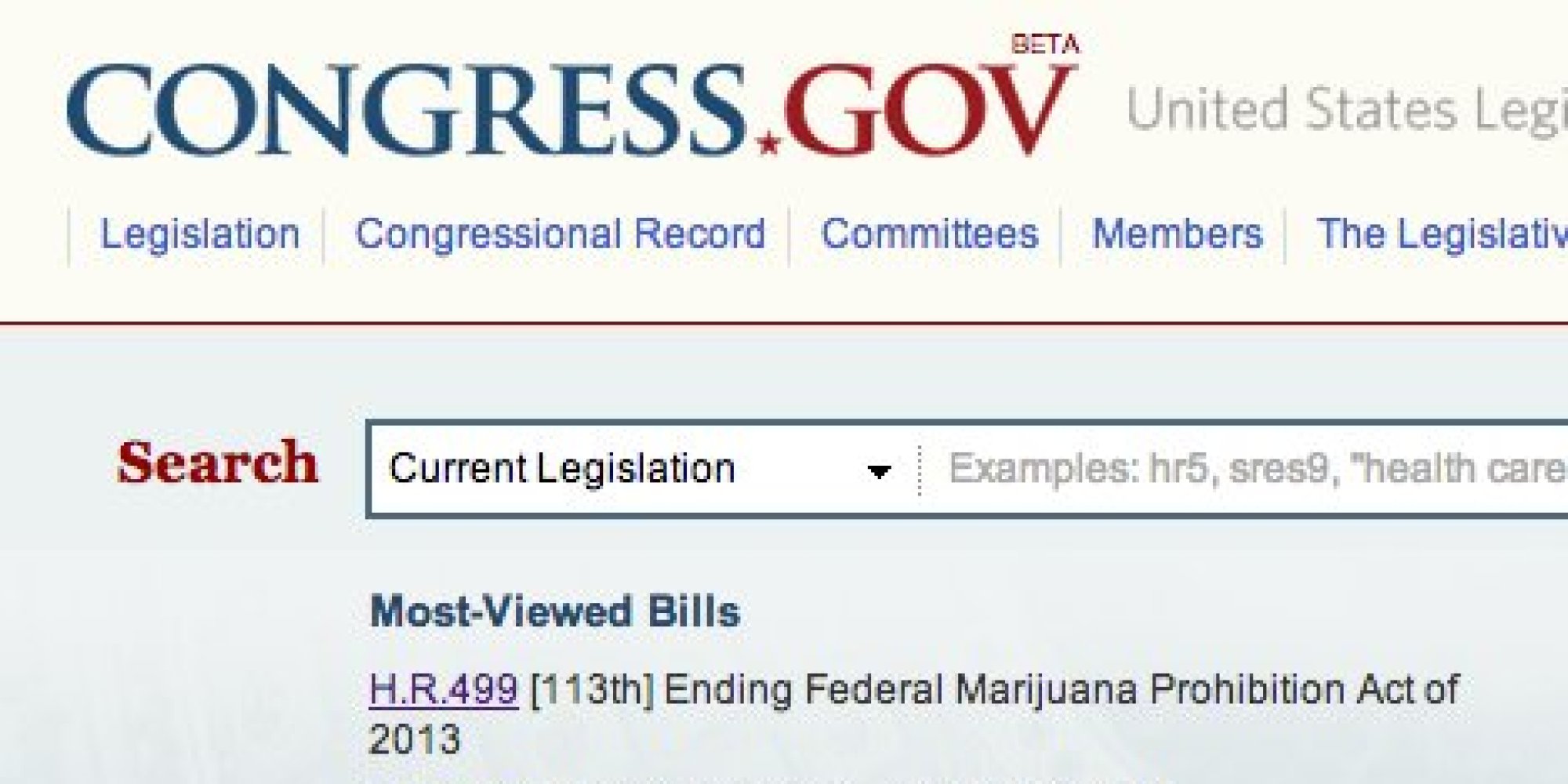 The most popular legislation in America, according to Congress’s own Web site, would legalize weed – but it’s never been voted on in either house, and it probably won’t be anytime soon.

The most popular bill at congress.gov is HR 499, the Ending Federal Marijuana Prohibition Act of 2013. It would make marijuana legal and remove it from the federal schedules of controlled substances. 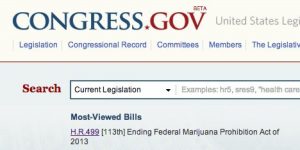 But the legislation is stuck in committee and is unlikely to reach the floor of the House in the near future. It was authored by Rep. Jared Polis, a Colorado Democrat, and was sent to the Subcommittee on Crime, Terrorism, Homeland Security, and Investigations, where it remains.

Pot is illegal under federal law. Possession of any amount on a first offense is a misdemeanor punishable by up to a year in jail. Sale of any amount is a felony with a maximum penalty that starts at 5 years in prison.

It’s also illegal under state statute in most places, but that has started to change. Voters in Colorado and Washington State legalized weed at the state level in 2012. Stores are expected to start selling marijuana to retail customers in Colorado Jan. 1 and in Washington in the spring.

Medical marijuana also continues to spread. Twenty states now allow it, including those two, in addition to Washington, D.C. More states could adopt MMJ in 2014 and beyond.

Polis’s legislation would remove marijuana from the schedules of controlled substances. Currently the drug is listed in Schedule 1, which is reserved for drugs considered to be the most dangerous, the most addictive and the least medically useful. Other substances in Schedule 1 include heroin, LSD and ecstasy.

Reformers have long called for weed’s reclassification to Schedule 3 or 4 (along with drugs such as Vicodin and Valium), or, like Polis, for its removal from the controlled-substance schedules altogether.

The bill would also remove marijuana from other federal statutes that ban it, effectively making it legal. And it would subject the cannabis trade to federal regulation, much like the liquor industry.

Unfortunately, it has little chance of making it to the floor of the House, which is dominated by conservatives who aren’t amenable to legalization. Even if it reached a full vote, it stands little chance of passing there or in the Senate.

But support for the idea is definitely strong. A recent Gallup poll found 58 percent of Americans now want to make pot legal.