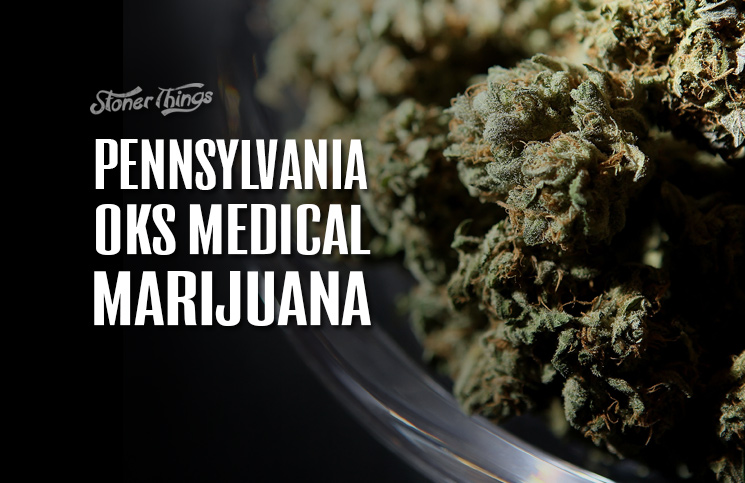 Gov. Tom Wolf signed a new law April 17 that legalized the medical use of cannabis to treat intractable health conditions. The bill, passed up from the state Legislature earlier in the month, adds Pennsylvania to the growing list of states where pot is a legal form of medicine.

Wolf’s signature, long expected, drew cheers and applause from parents, patients, and other advocates of medical marijuana who packed the rotunda in the state Capitol. The crowd included families whose sick children will directly benefit from the law.

“All we’re asking here is to have the ability to have that doctor make a decision in conjunction with his or her patient that will make that patient’s life better,” Wolf said as he signed the legislation.

Twenty-four states now allow so-called “whole plant” medical cannabis, while more than a dozen others permit a more limited, non-intoxicating form of the drug known as CBD oil. Whole-plant MMJ includes THC, a medically useful chemical that gets users high, while CBD preparations are used only to treat childhood epilepsy and a short list of other conditions.

In Pennsylvania, the plight of children with seizure disorders, autism, and other pediatric diseases drove the legislation, but lawmakers opted to include patients who need THC as well. Wolf’s signature brought Maria Belkadi to tears.

Belkadi’s 7-year-old son, Marksen, suffers from autism spectrum disorder and can scream for hours on end, she said. He soon may be one of the first patients in the United States to treat that condition with marijuana.

Parents like Belkadi won’t have immediate access to the drug, since no one is yet growing it legally in Pennsylvania. The new law allows them to get it from other states, but it would be impossible for them to bring it back without violating federal drug-trafficking statutes. Still, Belkadi said she plans to try as soon as she can. 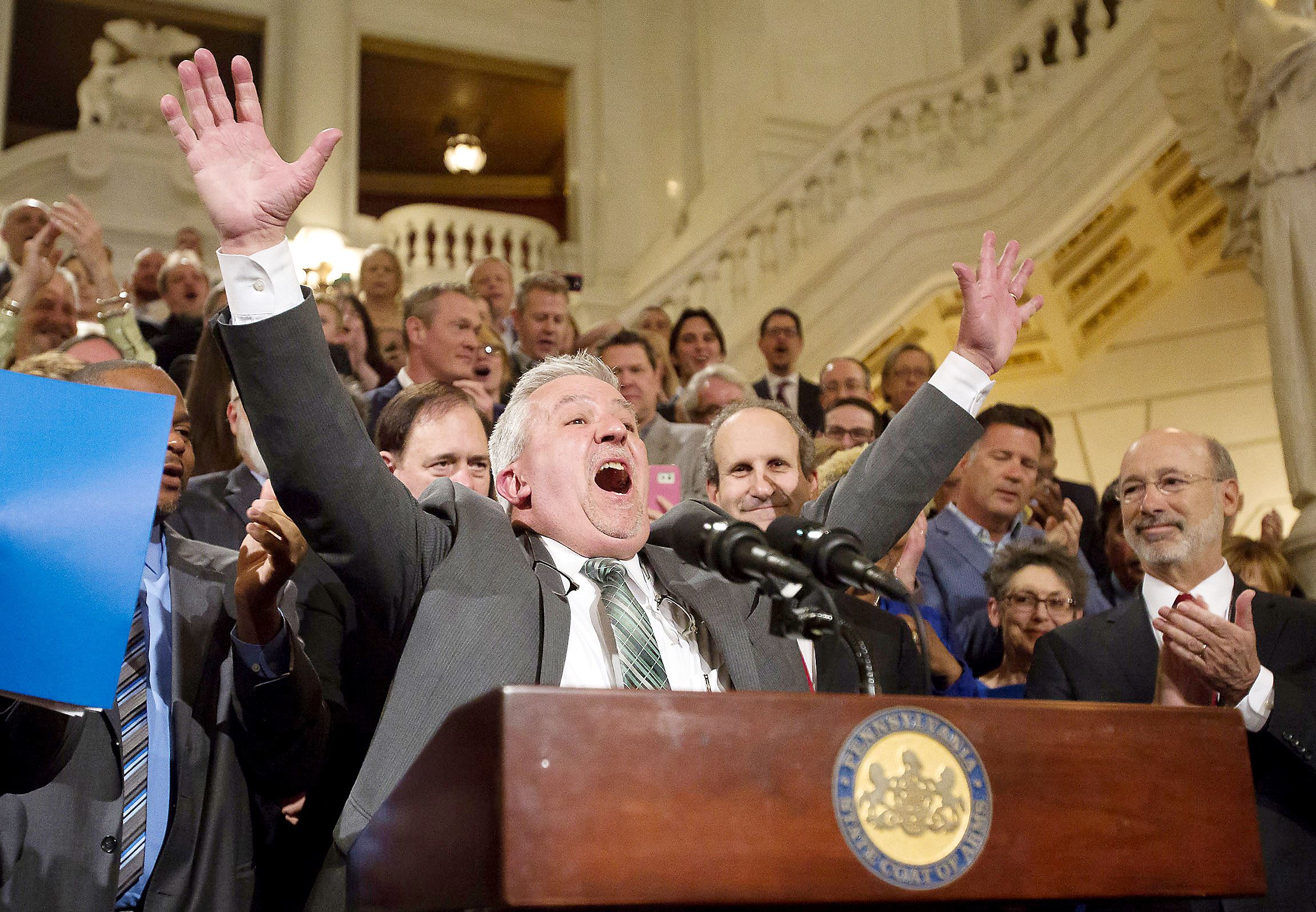 “In 30 days time, if we can get it legally somehow from another state that has it, we can start treatment for our son,” she said. “I can only dream of what it’ll be like to have him go a week without him attacking me physically or screaming uncontrollably, melting down, hurting other people, biting other people and just suffering.”

Belkadi was joined at the Capitol by Heather Shuker, whose 13-year-old daughter Hannah suffers from Dravet syndrome, a rare and severe form of epilepsy. Heather Shuker got Wolf and others present in the rotunda to sign a photo of Hannah.

Heather Shuker has been pushing for an MMJ bill for more than two years and said she was thrilled to see it happen. But Wolf’s signature isn’t the end of the process, she said.

New law will take effect in May

“We had it passed,” she said. ”Now we have to implement it.”

The new law takes effect in May and will give patients with any of a long list of severe health problems access to medical marijuana. Those disorders include cancer, AIDS, Parkinson’s disease, ALS, epilepsy, autism, multiple sclerosis, and post-traumatic stress disorder.

But Pennsylvania, like New York and Minnesota, will prohibit toking. Patients must vape cannabis, eat it, take it in pill form, or use transdermal patches. Topicals and tinctures will also be allowed.

The first legal marijuana won’t be available to patients for at least 18 months. Parents may get the drug from other states in the meantime, but they would presumably have to give it to their children in those places, rendering the allowance meaningless.

Like many other states, Pennsylvania will allow cannabis dispensaries, with up to 150 locations statewide. Price caps may be enforced to prevent “unreasonable or excessive” prices.