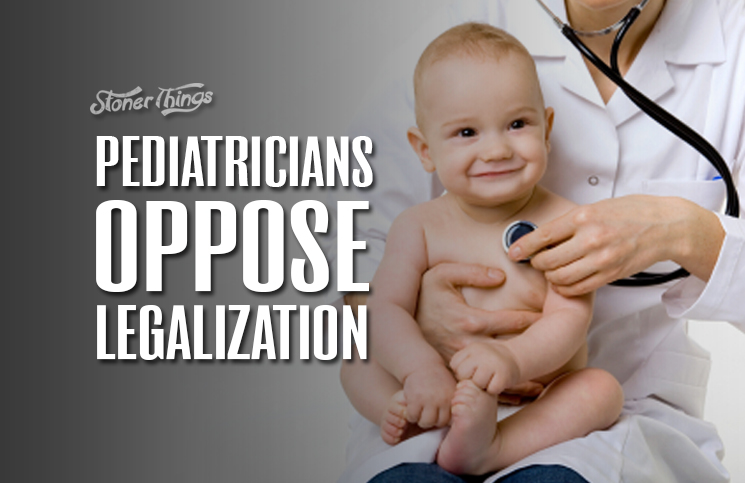 A powerful American medical group has come out against marijuana legalization, despite voluminous evidence of its safety and efficacy as a medication.

The American Academy of Pediatrics issued a statement in late January opposing legalization on the grounds that weed can harm child development and adolescent health.

The group, which represents the nation’s pediatricians, said members don’t oppose decriminalization or the use of medical marijuana on suffering children. However, the academy said the risks are too great to support legalization of recreational weed.

“Just the campaigns to legalize marijuana can have the effect of persuading adolescents that marijuana is not dangerous, which can have a devastating impact on their lifelong health and development,” the group said.

In fact, the scientific evidence behind marijuana doesn’t support this view. And doctors, of all people, should know better.

A few studies have suggested that early cannabis use can distort a person’s brain chemistry and lead to schizophrenic-like symptoms. But all these studies have been proven wrong by more recent evidence. There is simply no reason to believe that childhood pot use leads to long-term cognitive impairments.

That said, addiction is a real risk for a small number of users, as is chronic bronchitis. But these are relatively minor problems, and none of the evidence behind them supports the idea that brain architecture is warped by pot use.

Academy members said they oppose the prescription of medical marijuana “outside of the usual process by the Food and Drug Administration to approve pharmaceutical products.”

This is just another way of saying medical weed shouldn’t be available to anyone. Practically speaking, it’s highly unlikely the FDA will step in and regulate medical weed anytime in the next decade. There is an entire federal agency that exists explicitly to stop that kind of thing from happening.

Lack of studies on MMJ

The Academy of Pediatrics decried the lack of published studies on MMJ for adults or children. But if anyone can be held responsible for that, it’s the medical community.

For generations, scientists have knuckled under to the government’s demands that they do not explore the benefits of weed. The science was stalled not only by the government, but by the very scientists who now claim we need more science.

The problem isn’t just with pediatricians, of course. The American Medical Association still publicly opposes legalization. The argument, as always, is that there isn’t enough proof.

Thankfully, the medical community doesn’t dictate legal policy or even healthcare choices. Those decisions belong to patients and the voting public.