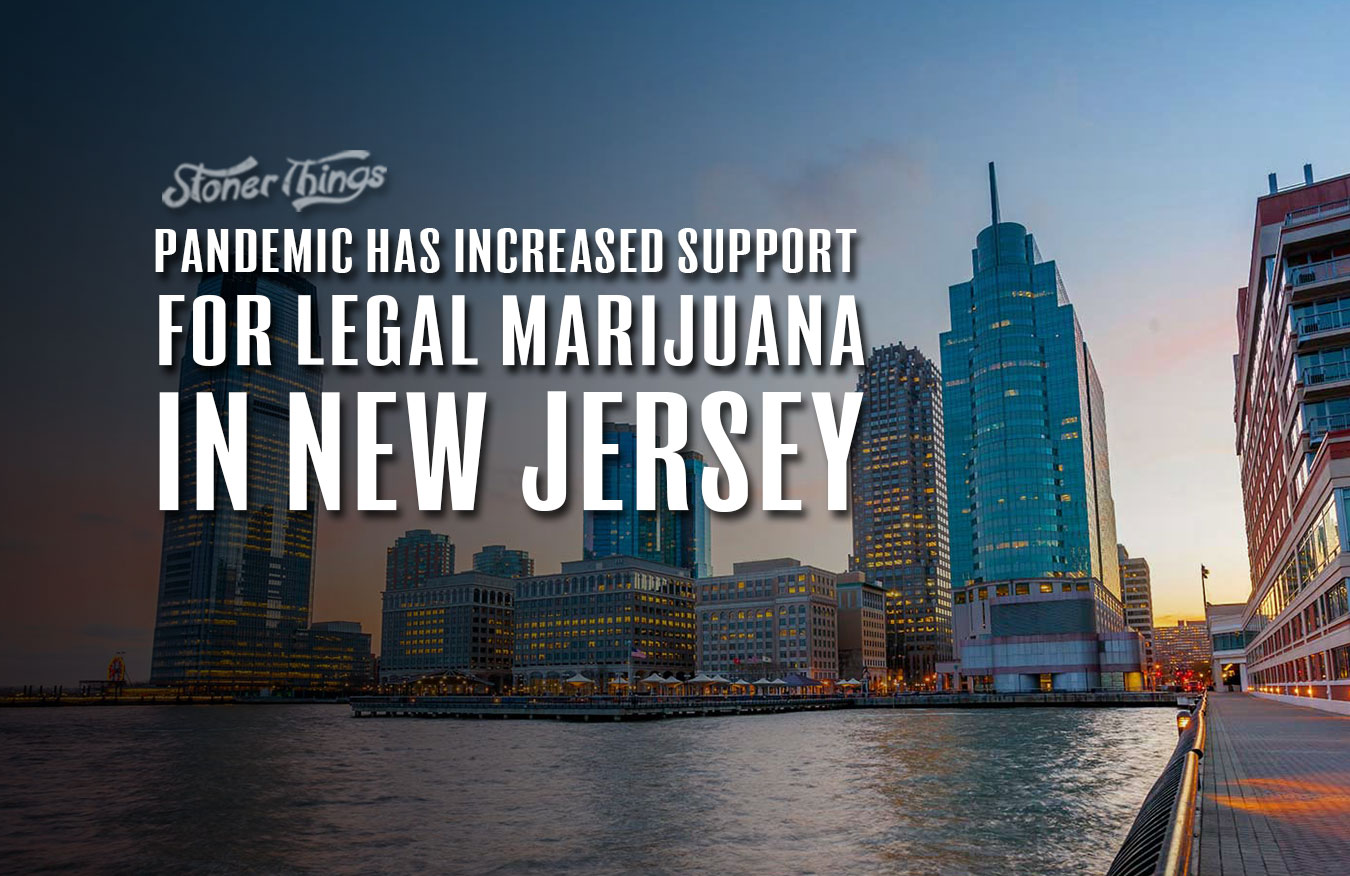 When the going gets tough, the tough get smoking. Or, perhaps they’d like to. Despite the line in the musical Hamilton, not everything is legal in New Jersey. Medical marijuana is, but recreational use is not. That’s due, in part, to the constant interference of the state’s previous governor, Chris Christie. Mr. Christie at the time of this writing is recuperating from COVID-19 infection, and expressed his regret that he didn’t wear a mask at multiple events while prepping President Trump for his first debate with challenger (and former Vice President) Joe Biden. It’s also due to a legislature that kept kicking the can down the road. The pandemic, which some say has accelerated many movements, could also be responsible for accelerating legal weed in New Jersey. A survey conducted by a pro-pot legal firm indicates that voters in the “garden state” are warming up quicker to legal weed.

In about a month residents of New Jersey will vote on Public Question 1. That “question” is, “should weed be legal to anyone over 21 in the state of New Jersey?” The latest survey paints a picture of a rapidly-shifting attitude. In fact, the survey shows a 21% shift in sentiment in favor of legal weed. An article in NJ.com points out that the pandemic has caused stress levels for many to skyrocket. It’s possible that this is a major factor in the mood shift.

Also somewhat surprising is the initiative has broad bipartisan support. While 72 percent of Democrats support legalization, 56% of Republicans agree, and 65% of independents want legalization. This could be part of the reason the state’s Governor, Phil Murphy, was elected. He’s a Democrat, unlike Christie, and has been pro-pot in the past, saying it would be “incredibly smart.” He’s also made the case that the tax revenue from legalization could be used to make up some of the tax shortfall the state is seeing as a result of the pandemic. Many industries have been impacted, especially travel. Most people might not think of New Jersey as a travel destination, but the Newark airport is one of the busiest in the nation because of its lower-cost flights and proximity to New York City.

So, this November New Jersey residents will finally get a chance to express their will directly. Question 1 will determine whether the legislature will move forward with the often-killed-but-never-destroyed legal framework to fully legalize pot in New Jersey. Of course, there are still critics. Mostly these critics point to Governor Murphy’s claim of tax revenue, citing a low tax rate which could yield as “little” as $60 million in taxes. But the upper threshold is well over twice that, and in days of uncertain futures around a vaccine and immunity, New Jersey residents would likely be happy for any additional revenue. Cannabis legalization means jobs, too.

Despite the shift in sentiment due to the pandemic, it’s still unclear if the measure will pass. If there’s one thing we’ve learned in politics the last half decade, it’s that surprises are unending and we should often expect the unexpected. But given the shift, it’s looking hopeful for New Jersey — whether 2020 is the year or not.