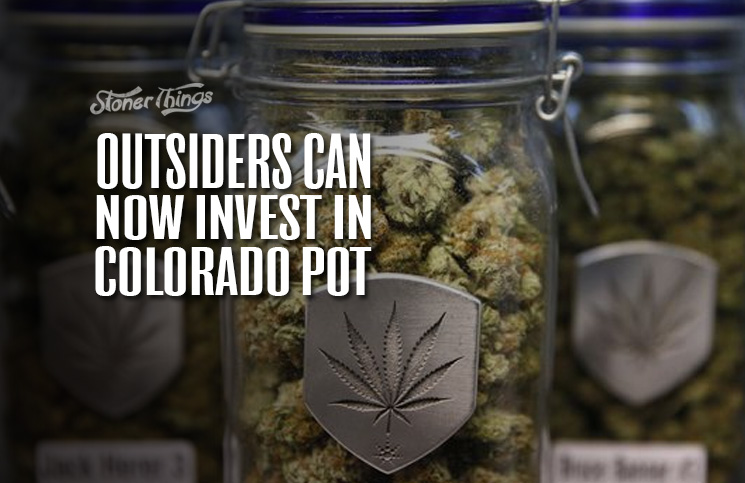 When legal weed came to Colorado, one rule was clear: no outside investors. Regulators wanted the requirement to keep organized crime from infiltrating the cannabis market. But the state has more effective regulations in place to that end, and now lawmakers have scrapped the old rule. 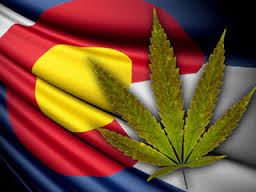 The Colorado Legislature moved in May to open the door to out-of-state investors who want to participate in legal weed. The new law will allow outsiders to acquire ownership interests in pot shops, cultivation facilities, and other marijuana businesses.

Previously, licensed pot companies could take money only from permanent Colorado residents. The new law still provides protections that favor in-state investment, but it makes life much easier for outside venture capitalists with an eye on grass.

The bill, titled HB 15-1379, escaped most attention when it passed. Few media outlets covered it, even in the green press. It also attracted minimal debate on the floor of the legislature.

The law will have only a limited impact on the legal weed market, since a large chunk of the money invested in the industry already comes from Colorado. But it could mean even greater revenues for a state already awash in marijuana money.

The Colorado House of Representatives first passed the bill in early May, followed soon after by the Senate. Gov. John Hickenlooper signed it into law at the end of the month. As a result, investment opportunities should grow quickly.

There are limits in the legislation. It allows outsiders to buy ownership stakes in Colorado marijuana businesses but prevents those stakes from taking effect until the businesses are properly licensed. That process still isn’t terribly smooth, so the financial risk could be high for some investors. 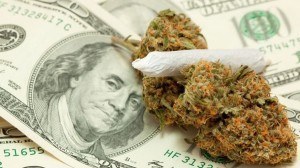 Only “natural persons” are allowed to invest under the law. Out-of-state companies and other collective entities are barred from joining the industry.

And the licensing process itself has not changed, so outside money won’t make it any easier to obtain permission to grow or sell pot in Colorado. It was unclear at the time the legislation passed how many investors might benefit or how much money might be at stake.

The prohibition on outside investments was designed to make it harder for organized crime to enter the cannabis market. But the state already has other tools to accomplish that, including criminal background checks and rules against felons working in the industry.

HB-1379 covers both the recreational and medical marijuana markets. With substantial overlap between the two, there are major business opportunities for investors throughout the state. The new policy could also mean better weed, since outsiders bring new knowledge and skills.

Even with the new law, out-of-state marijuana investors will have no control over the actual operating licenses. Other limits on investments and licensing will also remain in effect.